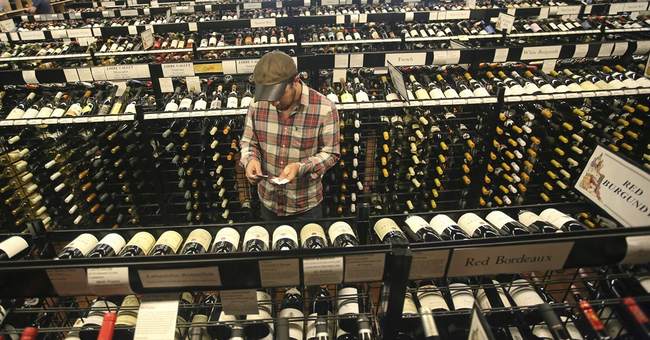 Under the guise of promoting social distancing, some states and counties have opted to terminate the sale of liquor and other spirits calling it "non-essential" business. Both Pennsylvania and Alabama, whose liquor stores are controlled by the state government, have chosen to close all storefronts leaving few options for stranded residents to procure adult beverages.

Such measures haven't been seen inside the United States since the enactment of Prohibition in 1920, when thwarted imbibers turned immediately to bootlegging and other extra legal activities. "Drys" advocated for the elimination of production and importation of booze because, they believed, it caused family violence and other moral failings, particularly among men. They wooed lawmakers at the time and even created an amendment to the Constitution that made virtually all dealings with alcohol a federal crime.

But Americans aren't known for their lack of tenacity in the face of being told they can't do something. Before the ink was dry on the 18th Amendment, bathtub gin was being bottled, secret beer was being brewed, and sacramental wine found new purpose. In just a few years, Speakeasies became so commonplace that they were more of an open secret than a criminal enterprise.

The 1920 change in law did nothing except turn a perfectly legal economic necessity into a new way for people to commit crimes. Producing and obtaining illegal, unregulated booze was also dangerous in a practical sense. Fermenting at home in secret often caused CO2 poisoning and silently importing hooch over the northern border caused rival gangs to shoot each other on a regular basis. Crime syndicates born of the Prohibition era still exist today, an ugly Tweety Bird tattoo reminder of a terrible time in American legislation.

The point is really that Americans don't just take "no, you can't" at face value, they will go to the mattress to get their drink, and that's exactly what will happen if booze is banned now in 2020. Well behaved citizens have already demonstrated, for the most part, that they are willing to practice social distancing, wait in a line, stand at the curb, or accept "contactless delivery" in their homes to get the sundries they desire. Closing the stores will do nothing but cause bored, frustrated, freedom-thirsty Americans to find other ways to get what they want. An indefinite prohibition would cause more crime and more violence, a problem no city or town struggling with disease and a financial disaster should have to deal with.

Beyond ignoring the core lesson from the tragic Prohibition experiment 100 years ago, states put their own citizens at peril by deciding that alcohol is a non-essential item for them. Some people are quite addicted, even chemically so, and are now stranded without a way to cope that doesn't involve them getting terribly sick. Alcoholics Anonymous meetings are closed down, or relegated to online only, giving addicts little choice as they are forced to dry out with no guidance.

The shutdown of liquor, beer, and wine sales would also have a tremendously negative effect on an economy already gutted at just a moment's notice. As more than 10 million Americans have already filed for unemployment and small businesses are clamoring to open again in a post-virus world, alcohol sales represent one positive, working industry. Most restaurants cannot take dine-in guests but many have been allowed to deliver alcohol with meals to quarantined patrons, giving them the ability to survive in desperate times. Liquor stores and wine shops have reported record-high sales thanks to online orders and curbside pickups, which keeps their employees on the clock and their inventory flowing.

It's difficult to see how any leader could make a point that alcohol was a non-essential part of a working America. An explanation of keeping people safe holds little water when statewide closures of liquor stores cause job loss, illness, and further financial fallout. Far more people will be hurt by closing the stores than by having them open.