Top 5 Most Absurd, Draconian Suggestions Made During a National Crisis 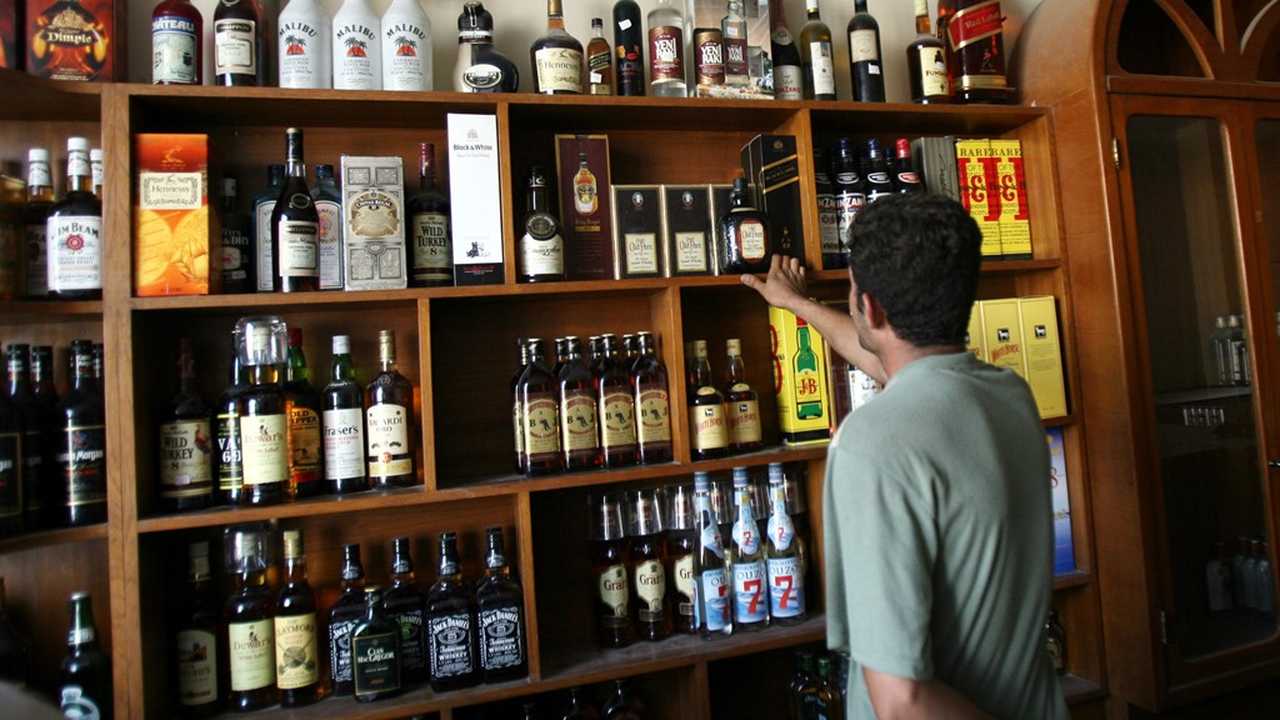 There is no argument that social distancing and following guidelines for self-isolation are helping to "flatten the curve" of the spreading Wuhan coronavirus in the United States. Local officials have thus far made their own rules about "stay-at-home" orders and public gathering regulations, preventing the need for the federal government to issue any blanket orders that would affect more than 330 million Americans living in drastically varied circumstances.

But even in this time of national crisis, as lawmakers try to balance the threat of disease against the inevitable financial ruin caused by a frozen economy, some ideas for controlling Americans have stood out as particularly vicious and unnecessary.

As more people are confined to their homes and stressed with job loss, uncertain futures, and boredom, alcohol sales have increased, with many laws being waived to allow door-door-delivery. Concern about an increase in suicide and domestic violence has also been addressed by the president and local leaders. Rather than suggest stricter policing and threat of jail for violent offenders or more resources for suicide prevention, one ambitious journalist suggested that alcohol be banned outright to prevent violent outbursts between members of households strained under quarantine.

With nearly all bars across the nation closed to customers, alcohol delivery and liquor store sales remain one of the only healthy industries in operation. Sealing off one of the only open valves in American commerce would cut thousands of jobs and put a burden on the majority of consumers who are spending money to drink peacefully and safely at home.

Smacking of doctrines embraced by the Temperance movement in the early 20th century, Peter Bach of the Boston Globe insists that the unscientifically proven minuscule decrease in domestic violence calls to police would make the whole country hopping on the wagon worth the sacrifice. He readily admits, however, that this move would have an even greater negative impact on the economy and that suddenly dry alcoholics going through withdrawal would not even be able to attend a meeting of Alcoholics Anonymous.

"Banning alcohol sales, even temporarily, will come at some cost. Liquor stores will close. Many who enjoy a glass of wine at dinner will have to forgo that pleasure for a few weeks or months," Bach said. "I can give up my occasionally [sic] 'quarantini' with a twist. And we can all give up the alcohol during our Zoom happy hours."

Interest in relaxing restrictions in regions that have shown to be flattening in terms of viral spread has spurred some government to consider ways to remotely mitigate future outbreaks. One method that has consistently been levied is mobile data tracking, through various apps and cell phone features, that shows whether a user is following social distancing protocols.

These methods have raised eyebrows by many concerned with an overshare of personal data. However, an alarming Harris Poll published on Friday showed that most Americans support law enforcement access to private activity without the consent of those being surveilled. The United Kingdom as further employed drones in popular tourist areas to monitor whether its citizens are following guidelines.

Mitigation is certainly important to keep people healthy, but once the gate is open to sharing location data and spying on citizens enjoying a day in the park with flying robots, how can we be sure it will close again? A limitless enforcement of power to keep people confined to one place eerily resembles a police state or even a prison.

As "stay-at-home" orders swept the nation earlier this week, the question of how such mandates would be enforced was answered by shocking threats of bloated fines and imprisonment. The jarring news that Virginia Gov. Ralph Northam was telling everyone in his state to stay put until mid-June seemed to dwarf the promises of criminal prosecution issued by neighboring Maryland and Washington, D.C.

In the nation's capital, home to just 700,000 people without the daily commuters and tourists, residents have been told that violating a mandatory stay-put order could result in a $5,000 fine and three months in jail. Similarly, Gov. Larry Hogan (R-MD) says Marylanders breaking the order could be subject to a $2,500 fine and up to an entire year behind bars.

Other states have issued similar threats to their citizens for attempting to live a normal life, without acknowledging that incarcerated populations have become a growing concern as virus spreading hotspots. In the United Kingdom, these enforcements have evolved beyond idle threats and have actually been applied to infractions, including stopping a family for buying "non-essential" items and ticketing a man for driving because he was bored.

Overnight 6 people have been summonsed for offences relating to the new corona virus legislation to protect the public:

Out for a drive due to boredom

Multiple people from the same household going to the shops for non-essential items pic.twitter.com/FstjlfdEkD

The mayor of New York City has received a barrage of negative response to his early COVID-19 response and subsequent handling of the crisis in America's largest city, but one threat stood out above the rest. In a chilling press conference last week, Hizzoner issued an ultimatum to any church or synagogue that planned to hold services over the weekend. Citing the combined forces of the NYPD, NYFD, and the Buildings Department, de Blasio said that any service observed would be shut down immediately and with force.

"If that does not happen," he continued, "they will take additional action up to the point of fines and potentially closing the building permanently." The idle and legally unenforceable promise of permanent punishment came just three weeks after the mayor dismissed the virus as a threat altogether and suggested New Yorkers head to the movies.

Since I’m encouraging New Yorkers to go on with your lives + get out on the town despite Coronavirus, I thought I would offer some suggestions. Here’s the first: thru Thurs 3/5 go see “The Traitor” @FilmLinc. If “The Wire” was a true story + set in Italy, it would be this film.

5. Enlisting neighbors to report on each other's infractions.

Finally, in the absence of enough law enforcement to police the entire nation's every move, some communities have turned to their own citizens to rat each other out. In Bellevue, Washington, the city page and mobile app allows residents to report on their neighbors for holding large gatherings or violating social distancing guidelines. Involving well-behaved citizens was also a popular and disturbingly useful tactic employed by a four-letter political party in Germany in the mid 20th century.

Yes, mitigation is key and protecting lives without being careless is paramount. But a total disregard for freedoms long-established and fought for in America cannot be the answer to a crisis.