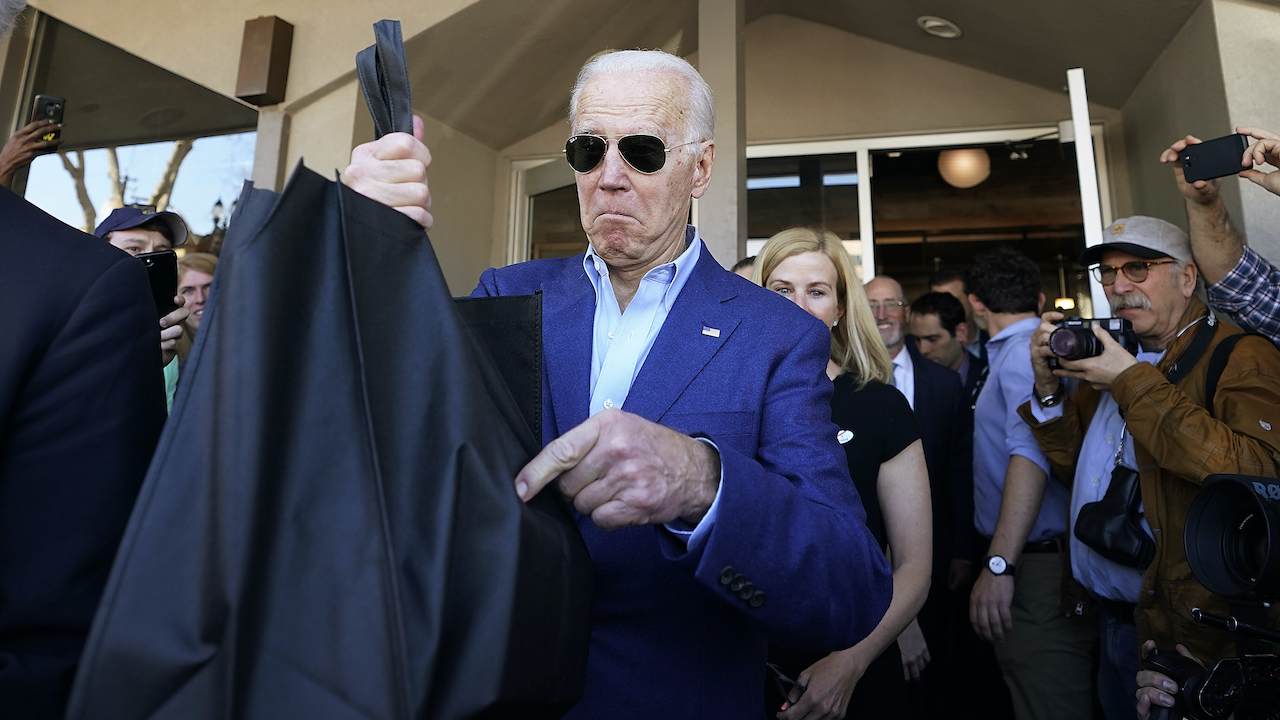 It's not unusual, of course, for a surging candidate with a strong possibility of securing the nomination to receive official, buoying support from fellow party members. But the difference here is that Harris, Booker, and even Klobuchar made criticism of Biden a key part of their campaign strategy from the beginning.

Many will recall the especially contentious early debates in which Harris essentially attacked Biden for his decades-old opposition of busing students of color and praise of James O. Eastland (D-MS) and Herman Talmadge (D-GA), both of whom held extremely questionable civil rights voting records. Harris made early waves and stirred support for her particularly cruel line of questioning directed at Biden.

Booker, likewise, has been critical of Biden on multiple occasions, saying that he had been "verbally disrespectful" to him and that he didn't feel at all confident that the elder former vice president was up to the task of managing the country, based on his past praise of "racist" senators and his support of the controversial 1994 Crime Bill. After Biden apologized for both, Booker demurred. "I'm happy that he came forward and apologized, but a presidential nominee shouldn't need that kind of lesson," he said in June.

Both Buttigieg and Klobuchar have also jabbed at Biden, though to a lesser extent. Sen. Bernie Sanders (I-VT), Biden's only remaining competitor, even suggested that the Democratic Party is working double-time to knock him out of the race and that the endorsements are a strong part of the package. Sanders feels that the party whose ticket he represents is "rigged" against him.

Whatever the reason for the swarm of Biden endorsements, the message this sends to the voting public of America is that Biden is the last gasp hope for the party and it'll do anything to make him into a winner. It appears that the Democrats were unable to convince American primary voters that any of the alternative candidates that generated early excitement could actually speak to their base. This is bad for a liberal America that they thought had largely swung left in support of more candidates who are female and of color. They left nothing for the centrist Democrats who are not very excited by Biden.

Other concerns have emerged from Democratic lawmakers that party officials have noted the strength of support for President Trump leading up to the November general election. Many Democrats have been on record saying that they don't believe Sanders can beat Trump head to head.

They're probably right, but can Biden win either?

Biden's critics aren't wrong in the things they've mentioned. He's been seriously gaffe-prone throughout the campaign. He's misrepresented his accomplishments on several occasions, and his son, Hunter, has some definitive credibility problems. Hunter's relationship with Burisma Holdings in Ukraine has still left many important questions unanswered. After the Democrats failed to impeach Trump for a July phone call with Ukrainian President Volodymyr Zelensky, it would be deeply naïve to think that wouldn't come up in major anti-Biden efforts should he win the nomination.

Biden's weakness in the first few caucuses and primaries also shows that his subsequent victories offer little more insight than a change in demographics. Trump won by very little against Hillary Clinton in 2016, but the former first lady was able to excite early voters in middle America, which Biden has failed to do.

Democrats have also failed to acknowledge that Trump's support has grown throughout his first years in office. A lot of conservative voters who stayed home in 2016 have acknowledged the president's accomplishments and are now on board for 2020. Going up against a burgeoning Trump machine flush with cash and a new crop of conservative supporters, the Democrats needed to do better than Joe Biden.