Democratic Candidates Refusing to Condemn Socialism Is Why Sanders Is Winning 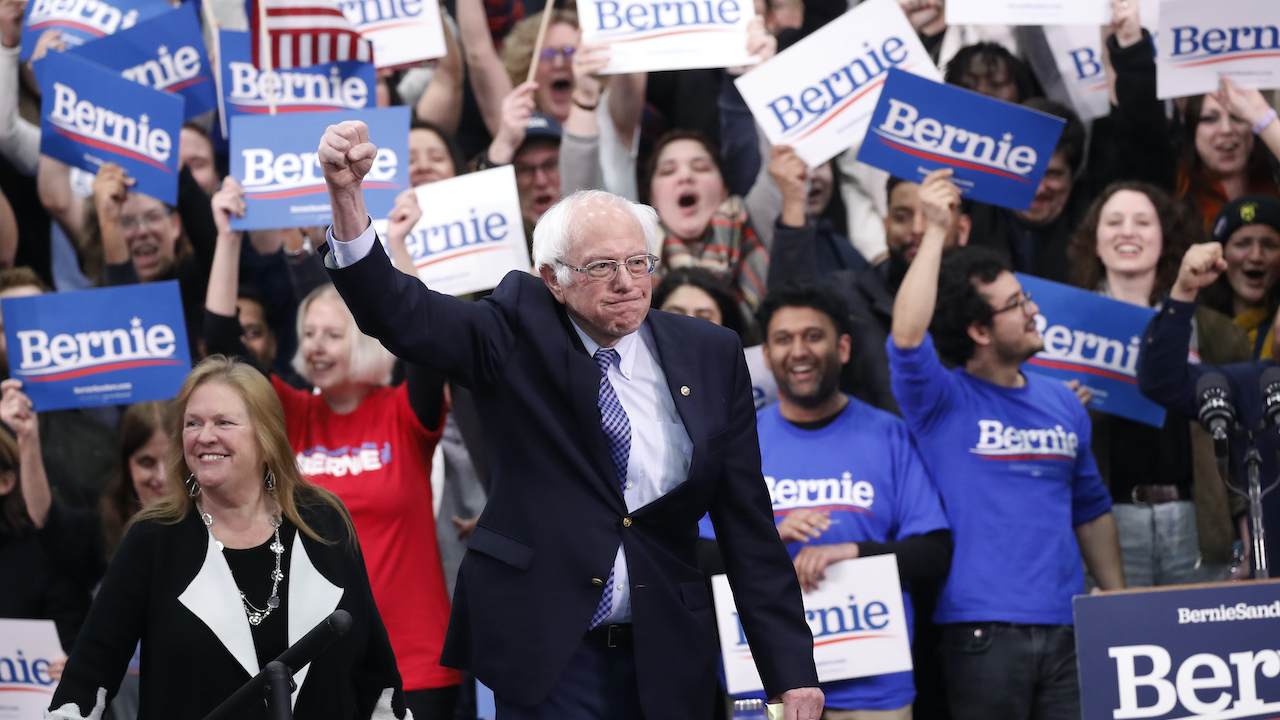 Bernie Sanders seems destined to inherit the 2020 Democratic nomination for president, all while espousing views more in line with socialism than anything this country has seen before.

Sanders has ridden the wave of success and praise despite his deeply socialist and, at times, communist views, invigorating young voters, packing rallies and running a strong ground game. Traditional Democrats and media voices have grimaced along the way, unsure of Sanders' ability to beat Trump in November but have been so far mostly unable to identify a Democrat willing to stand up for American values and speak to their base in a meaningful way.

An ever-dwindling field of candidates, most of whom have previously been elected to public office by Democrats, not Socialists, have all watched Sanders run circles around them in early voting. This is a man who honeymooned in the U.S.S.R., and even today, talks about what a wonderful experience it was despite concrete knowledge that the Soviets abused and murdered their citizens. Sanders has praised Latin American socialism and refused to apply the word "dictator" to Nicolás Maduro in Venezuela and wouldn't say whether he should be removed from leadership. He has promised to destroy all private health care, force all electricity production and other utilities into federal control, raise taxes on the middle class, force families to send their children of all ages to government-controlled schools, and fundamentally alter the way of life in America for the worse.

While no other candidate comes close to the dangerous socialist and communist ideals of Sanders, they refuse to take a real stand against his dangerous policies. Candidates have sheepishly tried to undermine Sanders in other ways, like blaming his supporters for vandalization and challenging his math on "Medicare for All." When candidates have chosen to be critical of Sanders' far-left ideology, it's usually in terms of whether or not it makes him an electable nominee, not that he is espousing views that could greatly harm Americans.

After Sanders doubled down on praise for late Cuban Dictator Fidel Castro on a "60 Minutes" interview that aired Sunday, candidates failed to sound the alarm and insist his affection for such a brutal political figure should disqualify him from running. The comments echoed previous praise Sanders gave the man who caused many to flee Cuba for America and a new life of freedom instead of oppression and hunger.

Former South Bend, Indiana, Mayor Pete Buttigieg failed to mention the troubling comments at a Sunday evening rally, despite outcries across the nation. Buttigieg, running in second place behind Sanders after the first three contests, did lambast some of Sanders' more extreme positions, saying to the large Virginia crowd that Sanders was running on an "inflexible ideological revolution that leaves out most Democrats." But instead of pointing out the disturbing nature of Sanders' seeming affinity for a brutal dictator, Buttigieg focused on helping a nine-year-old publicly come out as gay.

On the Las Vegas debate stage last week, Sen. Elizabeth Warren attacked not Sanders, the current frontrunner, but New York Billionaire and former New York City Mayor Michael Bloomberg, whose expensive campaign had offended her distaste for money in politics. She, too, remained silent after Sanders suggested that Fidel Castro, who led a communist tyranny in Cuba for more than 50 years, did some good for his country's literacy rate.

Of the top remaining candidates, only Bloomberg has outright called Sanders a Socialist, the gentlest word that could feasibly describe Sanders' beliefs. But even Bloomberg, who campaigns on his ability to reach across party lines and speak to capitalist-minded Americans, remained silent as the Democratic delegate leader praised Castro.

This is the moment reasonable Democrats should choose to speak up and reassure America that they have a solid candidate to vote for who won't shift American life into something that resembles Venezuela or the U.S.S.R. But the candidates refuse to take a firm stand against Sanders' anti-American values, instead hoping that their own mealy-mouthed half-socialist policies can be the wind at their back.

But it is the refusal to stand up for American values that makes most of the Democratic candidates so unappealing to voters. Running on campaigns of gay nine-year-olds, free college for everyone (except everyone who already went), and reminding everyone Obama is your friend (without an endorsement) is not a substitute for standing up for solid, capitalist based American values. Americans want a strong patriot at the helm, one who listens to more people than just coastal 20-somethings unsatisfied with their barista jobs.

Democrats are letting Sanders run away with the nomination because they lack the courage to stand up and say socialism and communism are wrong. They want to pick and choose at far-left ideals for themselves, and decrying Sanders' entire platform would invalidate many of their policies. And for this reason, Sanders, a die-hard socialist running on a platform of total government control, is poised to clinch the nomination.