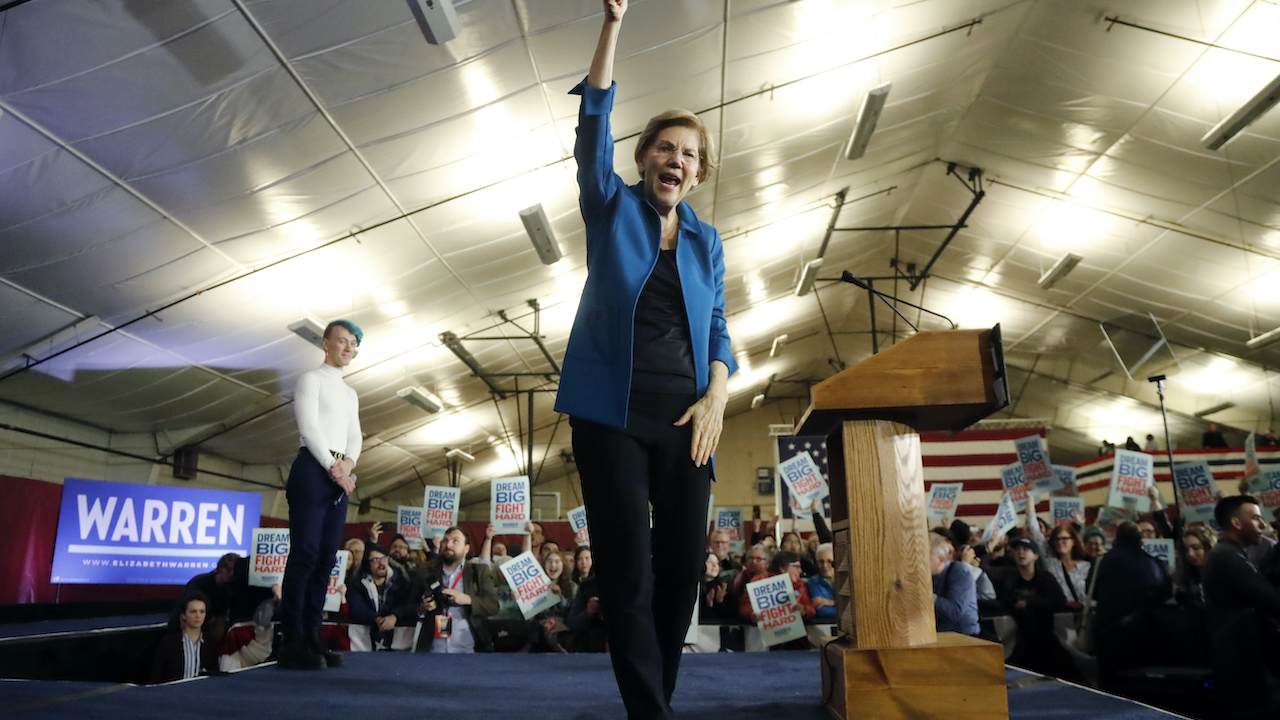 Elizabeth Warren is riding high after her strong debate performance and knockout punch of New York billionaire Michael Bloomberg. But don’t call it a comeback just yet.

Warren’s once top-tier campaign, which touted a progressive utopia of free stuff and justice for the environment, has refocused a huge portion of energy on fighting Bloomberg, who has managed to draw nearly even to Warren in the polls. Bloomberg, who entered the race just a few months ago and immediately sunk hundreds of millions of dollars into a sprawling national media campaign, has shaken the entire Democratic field of candidates with his socialist-bashing and promises to be more centrist. But it is Warren who seems the most perturbed by his sudden and bombastic presence.

Finally qualifying for the debate stage on Wednesday gave Bloomberg the chance to come off-script and show what he’s made of, which didn’t go too well. His message was muddled, he seemed unprepared, and was particularly vulnerable to criticism. Unsatisfied, however, to let the former NYC Mayor just trip on his own shoelaces, Warren was ready with a list of condemnations of past Bloombergisms.

She destroyed him, of course. It wasn’t hard to do. An applause-worthy debate takedown if ever there was one. Her condemnation of Bloomberg’s derogatory comments about women left the diminutive mayor fumbling to retaliate. She was the clear winner and knitted up a brilliant set of clips to show her strength on stage.

But does it matter? Warren certainly seems to think so. To her, this is her moment to reclaim what was rightfully hers from the start. But big debate stage victories are historically no guarantee that strong performances will follow. Consider Chris Christie’s blistering attack on Marco Rubio in 2016 just ahead of the New Hampshire primary. Christie certainly looked the strongest he had throughout his campaign and seemed ready to snatch up some delegates in the early contest. But instead of getting close to a victorious Trump, he finished in sixth place, behind Rubio.

Warren faces a similar hurdle going head to head against Bernie Sanders on Saturday. Despite a bombshell report about being supported by Russia, and without a debate knockout punch, Sen. Sanders is still favored to win in Nevada.

For the Warren campaign, Nevada cannot be another disappointing third or fourth place finish. The senator's path to the nomination is narrowing by the moment and if she finishes behind Buttigieg and Sanders again, her defeat is all but certain. Warren’s biggest impediment going into Saturday isn't Michael
Bloomberg, it's that she is still Elizabeth Warren, and this is something she can do very little about.

Even with the fresh influx of cash and the viral debate clips of Warren reminding Bloomberg he once called a woman a "horse-faced lesbian," voters simply aren’t buying what she’s selling anymore. It’s not because Bloomberg and his expensive campaign wormed its way into relevance. Warren has fundamental problems with providing a realistic or desirable version of America. Her free-stuff-for-everyone approach has lost much of its luster and her inability to look past her own nose has hurt her. Americans are wary of empty promises and a raucous debate stage victory isn’t all that reassuring.

The Democratic voters need a fighter who can take them all the way, and for them, Warren isn’t a winner.