Is Trump's Campaign Effectively Over? 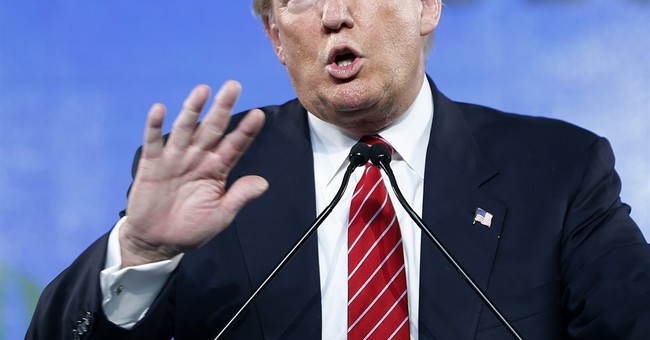 Depends who you talk to. But first, his absurd comments about Sen. John McCain (R-AZ):

The New York business mogul taunted McCain’s six years as a prisoner during the Vietnam War.

“He was a war hero because he was captured,” Trump sarcastically told host Frank Luntz during the 2015 Family Leadership Summit. “I like people who weren’t captured.”

John McCain is an American hero. I have nothing but respect for his service to our country.

As a fellow veteran I respect @SenJohnMcCain because he volunteered to serve his country. I cannot say the same about Mr. @realDonaldTrump.

Just told a crowd in Sioux City: @SenJohnMcCain is an American hero

Enough with the slanderous attacks. @SenJohnMcCain and all our veterans - particularly POWs have earned our respect and admiration.

Indeed, as everyone is noting on Twitter, you can respect and admire Sen. McCain’s war service in spite of his politics. Many people do. I think Ed Morrissey is exactly right:

No, @SenJohnMcCain is a hero because he put on the uniform and flew into danger in service to our nation. For shame. https://t.co/lz2wQlvyMV

Yup. For what it's worth, I voted for McCain for president in 2008, in part, because I read his memoir Faith of My Fathers in college shortly before the election. In it, McCain recalls in precise detail his time at the “Hanoi Hilton” – and the horrors he experienced therein. If memory serves, he more or less had dysentery the entire time he was there, which was five and a half years, and was beaten and tortured repeatedly, too. Moreover, he also refused to accept preferential treatment during his captivity when the opportunity presented itself. He is, in my view, a war hero. Period.

Frankly, I’m not really sure what Trump was getting at with his aforementioned comments. I do, however, expect him to suffer the consequences politically for having said them.

Speaking of which, Rick Perry wants him gone:

“Donald Trump should apologize immediately for attacking Senator McCain and all veterans who have protected and served our country. As a veteran and an American, I respect Sen. McCain because he volunteered to serve his country. I cannot say the same of Mr. Trump. His comments have reached a new low in American politics. His attack on veterans make him unfit to be Commander-in-Chief of the U.S. Armed Forces, and he should immediately withdraw from the race for President.”

UPDATE: Via The AP Trump responds to the backlash:

During a news conference after his appearance, Trump did not apologize but tried to clarify his remarks: "If a person is captured, they're a hero as far as I'm concerned. I don't like the job John McCain is doing in the Senate because he is not taking care of our veterans."

Trump said he avoided service in the Vietnam War through student deferments and a medical deferment, then said he didn't serve because "I was not a big fan of the Vietnam war." He added he wasn't a protester.

I don't always see eye to eye with @SenJohnMcCain. But I honor his service and the sacrifices he made for our country.

.@SenJohnMcCain is an American hero, period.

UPDATE: Notable, among other reasons, because Graham is McCain's (ahem) "illegitimate son":

If there was ever any doubt that he should not be #GOP standard bearer, his growing mountain of stupid statements should end all doubt.