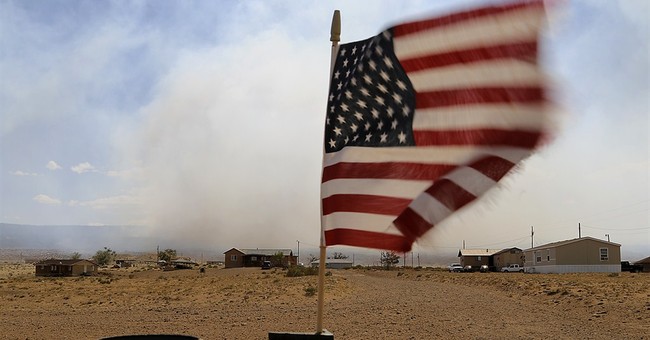 Douglas McAuthur McCain, from the San Diego area, is reportedly the first and only American citizen to die waging jihad with ISIS. NBC News has the scoop:

The battle in itself seemed tragically normal. Two Syrian opposition groups fought and there were heavy casualties on both sides. Then victorious rebels rifled through the pockets of the dead. One contained about $800 in cash -- and an American passport.

Douglas McAuthur McCain, of San Diego, California, was killed over the weekend fighting for the Islamic State of Iraq and al-Sham (ISIS), according to the Free Syrian Army. Photos of McCain's passport and of his body -- which feature a distinctive neck tattoo -- have been seen by NBC News. According to an activist linked to the Free Syrian Army who also saw the body and travel document, McCain was among three foreign jihadis fighting with ISIS who died during the battle.

Given the group’s well-cultivated reputation as a known terrorist organization more brutal than al Qaeda, it’s certainly jarring to read Western nationals, let alone American citizens, would join their ranks. Perhaps this is why McCain’s own cousin has denied the rumors, claiming instead he was “a loving person” who would never “support a terrorist group like that”:

Maybe not. But either way, he’s dead. And what’s more, his own uncle (and US officials) believe he was a terrorist (via CNN):

The man's uncle, Ken McCain, said that his nephew had gone to fight as a jihadi and that the U.S. State Department told the family Monday about the death. Like U.S. officials, the group characterized McCain as an ISIS fighter and said he was killed battling al-Nusra Front, an al Qaeda-linked organization that the U.S. government has blacklisted as a foreign terror organization.

He was also writing empathetic posts on Facebook about the organization, according to one expert familiar with the case, which is why he was clearly on terrorist watch lists:

U.S. counterterrorism investigators had been looking into McCain's activities for some time before his death, one U.S. official said. He was on a list of Americans who are believed to have joined militant groups and who would be stopped and subjected to additional scrutiny if he traveled, according to the official.

Meanwhile, McCain is almost certainly not the only American defending and fighting for ISIS, although it’s difficult to gauge just how many actually are. As of last June, Richard Engels reported that the number is estimated to be somewhere around 70:

Americans in #isis. US officials say about seventy US fighters have passed through Syria and about a dozen are currently active there.

But more recently, the US State Department believes maybe more Americans have openly declared war against the stars and stripes:

"Dozens of Americans, perhaps up to 100," are among those who have tried to join various militant groups there, State Department spokeswoman Marie Harf told CNN.

Needless to say, these defectors speak English, possess US passports, and have deep ties to the country.

Let us hope they never come back.