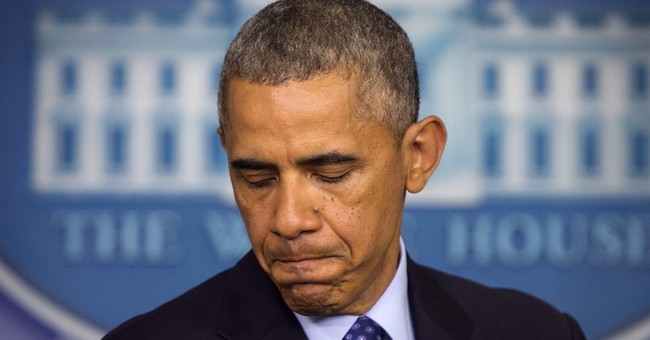 Kareem Ahmed, a top Obama donor who dropped $1 million to help re-elect him in 2012, has been indicted by a California grand jury for fraudulent and unethical business practices, among other things. TPM has the exclusive:

Ahmed, the president and CEO of a company called Landmark Medical Management, is accused of masterminding the scheme and faces charges including conspiracy, insurance fraud, and, most dramatically, involuntary manslaughter, according to one of two sealed indictments issued by an Orange County grand jury both dated June 17 and obtained this week by TPM.

The first of the two indictments accused Ahmed of developing topical cream formulas "based on the profitability of the ingredients," and then giving doctors who treated workers' compensation patients illegal financial incentives to prescribe the creams. The scheme, which ran from 2009-2013, also involved filing false claims with multiple insurance companies, the nine-count indictment alleges.

The indictment provides few details on the involuntary manslaughter charge, alleging only that Ahmed, a pharmacist named Michael Rudolph, and a doctor named Andrew Jarminiski (who are both charged along with Ahmed in the first indictment) "did unlawfully and without malice kill Andrew G. (a minor), a human being, in the commission of a lawful act which might produce death, in an unlawful manner and without due caution and circumspection."

For years, Ahmed allegedly got rich by paying doctors tens of millions of dollars to prescribe a bogus topical cream to injured workers. He then in turn used some of the profits he made to…help elect Democrats to high national office. Worst of all, a child reportedly died as a result of this shady and immoral kickback scheme, according to the indictment -- although the details of what exactly happened to him or the manner in which he died is unclear.

Nevertheless, Ahmed has a short but impressive history of donating to congressional Democrats, too. TPM reports that in September 2013 he made a cool $5,200 donation to Sen. Bob Casey (D-PA). What's more, in June of that same year, he also cut a $2,600 check to the campaign of freshman Democrat Congresswoman Julia Brownley, who is running for reelection. These revelations have gone mostly underreported, of course, but they’ve nevertheless prompted a strong rebuke from the National Republican Congressional Committee (NRCC) and its Digital Press Secretary Andrew Clark.

“An indicted Democrat mega donor is funneling his dirty campaign cash to Julia Brownley," he told Townhall. "If she wants to prove that this type of politics has no place in Southern California, then she should lead by example and return the donation immediately.”

Democrats routinely lament how right-leaning “millionaires and billionaires” are trying to “buy America.” Thus, asking a House Democrat to return a check given to her by a wealthy donor -- one of questionable moral character and under indictment -- seems like a reasonable request.