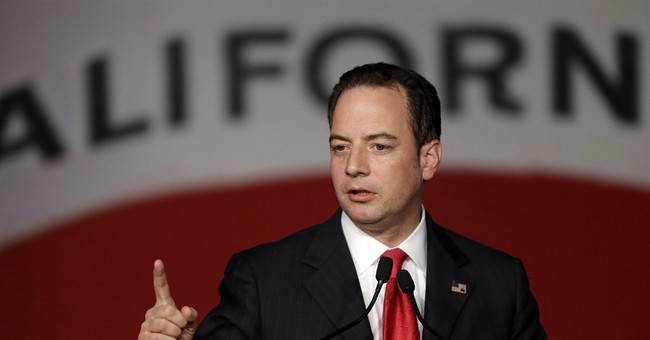 Raffi Williams is the Deputy Press Secretary of the Republican National Committee (RNC). On Twitter yesterday, when he attempted to engage a senior digital editor at EBONY about the importance of objectivity and diversity of thought in the political arena, he was dismissed out-of-hand as nothing more than “a white dude” for his unsolicited opinions. The problem? He is an African-American. And as expected, the conversation spiraled out of control from there.

Williams (who I interviewed here for a magazine feature on GOP outreach efforts, which I co-wrote with my colleague Amanda Muñoz) appeared on The Ed Morrissey Show yesterday to discuss exactly what went down:

You can read the full Twitter exchange over at Twitchy and, as Williams put it during the interview, the editor’s “half-hearted apology.” Meanwhile, RNC Chairman Reince Priebus isn’t backing down; he’s putting additional pressure on EBONY to issue an apology.

Here’s an excerpt from the open letter he wrote to the magazine’s editor-in-chief:

Over the years, the writers and editors at EBONY have done great work in promoting civil rights and diligently covering issues of race and politics in America. That’s why I was shocked to learn that one of your senior editors, Jamilah Lemieux, repeatedly attacked black conservatives on Twitter yesterday for their political views.

When one of the Republican National Committee’s staff members challenged her assumptions and attempted to engage in a dialogue, she dismissively referred to him as “a white dude.” That staffer, our Deputy Press Secretary Raffi Williams, is black. She went on to deride those who were criticizing her as “a house full of roaches.”

Attacking someone for his or her race, heritage or political views is the very thing EBONYhas worked to discourage, and actions like those of Ms. Lemieux are far below the basic standards of journalism. She did not even attempt to show journalistic objectivity. And I’m sure you’ll agree with me that it’s unacceptable to refer to those who disagree with you as “roaches.”

Raffi deserves an apology from Ms. Lemieux and from EBONY—not just for making assumptions about his race but more importantly for dismissing black Republicans and the validity of their opinions in public discourse.

Will he get a response? We’ll see.