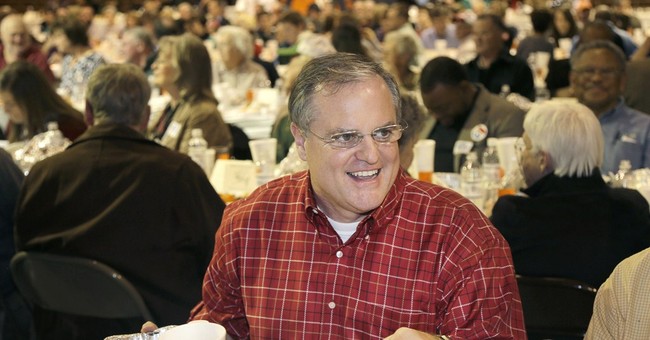 If I had to venture a guess, I’d say Sen. Mark Pryor (D-AR) is probably the most vulnerable incumbent senator up for re-election in 2014. Perhaps this is why Americans for Prosperity (AFP) has announced yet another ad buy to send him packing and into early retirement. Per Politico, the conservative group has already funneled $1.4 million into the race -- and unfortunately for Team Pryor, AFP's latest television spot will be seen all over the state:

The 30-second spot from the Koch brothers-backed group is set to air statewide on cable and networks, along with digital advertising, for three weeks. Text at the end reads, “Senator Mark Pryor voted for Obamacare. Tell Sen. Pryor, Obamacare hurts Arkansas families.”

If the special election in Florida teaches us anything, it’s that Obamacare is an issue Republicans can win on. Despite having state-wide name recognition and tons of money, Democratic candidate Alex Sink lost by roughly two percentage points to her Republican opponent -- Congressman-elect David Jolly (R-FL). What’s notable, however, is that she ran on a platform of “fixing” Obamacare, as Guy noted in his analysis of the race. (Her opponent argued for its repeal). So just how toxic, then, is Obamacare? The election results, I think, speak for themselves.

A recent poll, too, found that among respondents most likely to vote, Pryor trailed his Republican challenger, Rep. Tom Cotton (R-AR), by nine percentage points. Thus Pryor is already feeling the effects of conservative attack ads. It’s early, of course, but the political headwinds that for so long were blowing against Republicans seem to be receding.