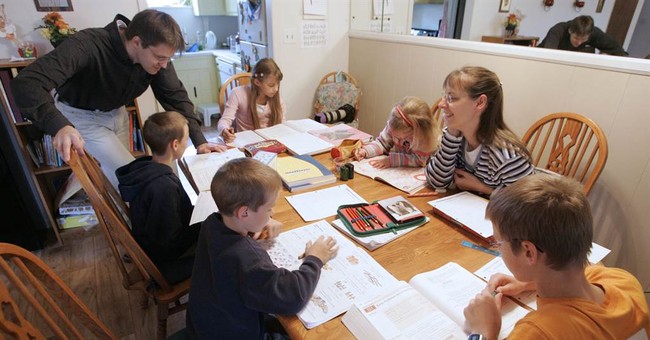 In 2008 the Romeike family emigrated from Germany to the United States to escape religious persecution. Like so many American families, all they wanted to do was home school their children in accordance with their faith. But in Germany the practice is illegal, and has been for nearly a century. Thus the Romeikes relocated to the land of opportunity, hoping to raise their children in relative peace and solitude. But for the last six years or so they’ve been in and out of court, fighting to stay.

At first, they were granted political asylum by a U.S. judge who ruled in their favor; but that decision was quickly overturned after the Obama administration applied pressure to have them deported. ABC News reported this last May:

The Sixth Circuit Court of Appeals, however, ruled this week in favor of the Obama administration, which challenged the family's asylum on the grounds that Germany's ban on home-schooling did not constitute persecution and thus could not be used as a basis for political asylum in the United States.

"We are very disappointed in the decision by the Sixth Circuit to deny political asylum to the Romeike family who wants the freedom to home-school their children," said Michael Farris, the Romeike family's attorney and the chairman of the Home School Legal Defense Association, in a statement emailed to ABC News.

"The decision of the court fails to even discuss the unchallenged evidence of Germany's motive in banning homeschooling. The German Supreme Court says that they want to suppress religious and philosophical minorities," the statement read.

The case was destined to make its way all the way up to the Supreme Court, or so it seemed. Until yesterday, that is, when the family learned that the High Court would not hear their appeal. All was lost. The Romeike family would be deported after all.

Until today, of course! Inexplicably, the Department of Homeland Security announced they could stay:

A German home-schooling family facing deportation following the Supreme Court’s refusal to hear their appeal is being allowed to stay in the U.S.

The Department of Homeland Security has granted the family “indefinite deferred status,” their attorney confirmed to Fox News.

That means the Romeike family, who claim the German government is persecuting them because they want to raise their children in accordance with their Christian beliefs, can stay in the United States without the threat of being forced return to their home country, the family’s legal team told Fox News.

This is a huge and unexpected victory for eight souls searching for religious freedom in a foreign land. Their prayers have finally been answered.