Poll: Just 79% Say They Would Back Obama Again 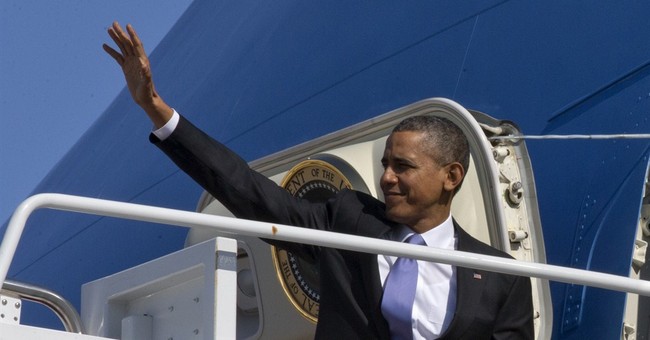 Editor's note: This post has been updated and re-written.

Given a chance to do it all over again, only 79 percent of those who voted for President Obama would vote for him again and 71 percent of Obama voters now inclined to vote for somebody else “regret” their vote to reelect the president, according to a new poll.

The Economist/YouGov.com poll found that Obama would lose enough votes in a rematch with Mitt Romney that the Republican would win. “90 percent of people who voted for Romney would do it again, compared to only 79 percent of Obama voters who would,” said the poll.

Perhaps these numbers aren’t really as bad as they seem; after all, according to the poll, 79 percent of respondents still said they would vote for Barack Obama again if the presidential election were held today. In other words, nearly 8 in 10 Obama backers would not change how they voted in 2012.

But how, then, does one explain the fact that 71 percent* of supporters “regret” voting for the president in 2012; but at the same time, 79 percent would do so again if given the opportunity? Perplexing. (See update below).

Meanwhile, Mitt Romney's favorability ratings are even more underwater than the president’s -- which suggests he doesn’t have the kind of support he would need to launch a successful bid for president in 2016:

As of February 6th-7th, views of Romney are 41% favorable and 47% unfavorable, for a net rating of -6. This not only suggests insubstantial change in public opinion about the former candidate, it suggests that Romney is still viewed less favorably than Obama, whose net favorability has averaged -2 in the last four weeks of YouGov/Economist polls.

Two things have changed and are worth noting. First, more people now respond ‘not sure’ (13% now versus about 6% in 2012). Second, the feelings of many Americans about Romney have shifted in a big way from the very category to the somewhat category. Very favorable opinions, for instance, have fallen from 23% to just 13%. Very unfavorable opinions have fallen from 35% to 26%.

This could be evidence of many things – not least of how polarized opinion about a candidate can become at the tail-end of a two billion dollar presidential campaign – but it doesn’t support the idea that the Romney brand has turned a corner with voters, and it appears to suggest that Romney failed to ever establish a durable fan base of his own (a fan base like would probably be necessary to carry him through a third primary, let alone a general election).

We reported yesterday grassroots conservatives and moderates alike are clamoring for Mitt Romney to take the plunge again in 2016. But that might not be the wisest decision if he doesn’t have, as the pollsters put it, “a durable fan base.”

*UPDATE (8:30 PM): Read this post for more clarification about this survey's poorly labeled and confusing findings. The Washington Examiner also updated their post to explain why the "71 percent" figure was so high: "YouGov.com noted that the sample for the question was small and recharacterized the sample as 'those who reported voting for Barack Obama in 2012 but would vote for someone else if the election were held again' from 'those who voted for Barack Obama in 2012.'" Put simply, that "71 percent" figure was taken from a smaller sample size than the pollsters initially suggested -- which completely skewed the data.