Pelosi: Republicans Have "No Agenda"; Democrats are "Responsible" 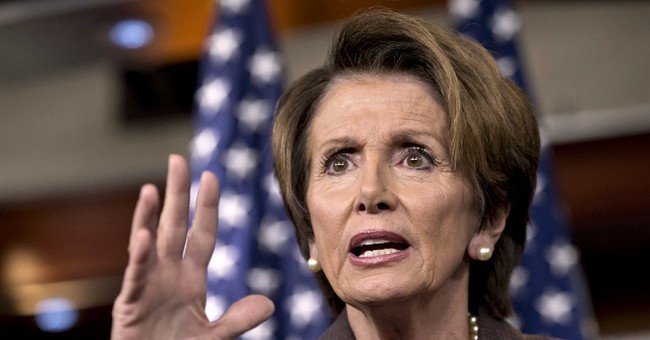 One of the most frustrating and annoying interviews I’ve watched in a very long time. According to Pelosi, Republicans have no legislative agenda and Congressional Democrats, you might like to know, are the “responsible” ones. Please. Let’s unpack those two questionable assertions.

The canard that Republicans don’t stand for anything is nonsense. If you missed it, go back and watch Senator Mike Lee’s (R-UT) response to the president’s State of the Union Address. He lists legislative initiative after legislative initiative that House and Senate Republicans are working on to make government more efficient. They are not “anti-government” as Pelosi mistakenly contends. They are anti-Big Government. There is a difference. At the same time, Senate Republicans have already introduced a bill to replace Obamacare; therefore, the old chestnut that Republicans merely oppose this president and his policies is complete hogwash.

Also, the contention that Democrats are the responsible lawmakers in Congress is risible. Senate Democrats didn’t even introduce a budget for four years until Congressional Republicans essentially shamed them into submitting one. When they did, it increased (!) spending and never balanced. So “responsible.” Under this president, too, they’re the ones who passed an omnibus health care law that is now unraveling and devastating middle class workers -- the same people they claim to want to help -- and racked up more debt in four years than George W. Bush did in eight. This is responsible governance?

But that’s not even the worst part of the interview. When asked by Jon Stewart why it’s so hard for the administration to operate the Obamacare website “competently,” she completely punted. “I don’t know,” she said. Dear Gosh:

Jon Stewart can’t do anything but laugh at her response. But this is no laughing matter, as millions of Americans would most assuredly attest.