Obama: Perhaps Racism Has Something to Do with My Ugly Approval Ratings? 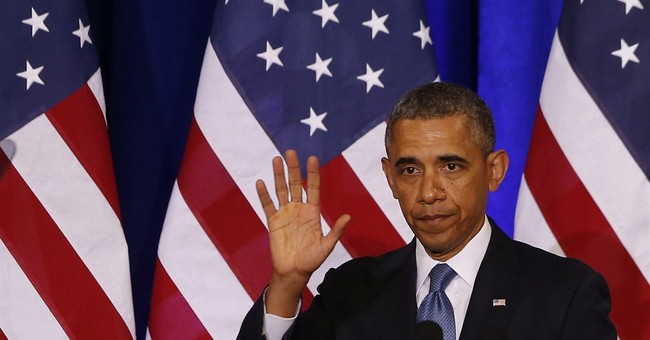 The president has a new theory as to why he’s not as popular as he once was: racism.

President Barack Obama said that racial tensions may have softened his popularity among white voters within the last two years, according to a story posted on the New Yorker magazine’s website today.

“There’s no doubt that there’s some folks who just really dislike me because they don’t like the idea of a black president,” Obama said in the article by David Remnick, appearing in the magazine’s Jan. 27 edition.

“Now, the flip side of it is there are some black folks and maybe some white folks who really like me and give me the benefit of the doubt precisely because I’m a black president,” Obama said in his most direct comments on how race has affected his political standing since he’s been in office.

Obama’s second term has been marked by controversies including a partial government shutdown in October, revelations that the National Security Agency has gathered personal mobile phone data and the troubled rollout of health-insurance expansion.

To a certain extent…okay. Maybe some Americans are blinded by their hatred for this president because of his race, and therefore would never approve of the job he’s doing in office -- as sad as that is to admit in print. But of course this is a very, very small percentage of the population overall. And furthermore, these malcontents would never have approved of him in the first place. So how does he explain a demographic that never liked him, much less approved of his job performance, now suddenly jumping ship? Doesn’t make much sense if you ask me; there must be another explanation.

This seems like a lame excuse from an increasingly desperate president. A better explanation for his sinking approval numbers is perhaps the most recent jobs report, his foreign policies missteps, and his foundering signature health care law. But, according to him, evidently his race -- not his job performance -- is contributing to his unpopularity.

The truth is a lot more complicated.