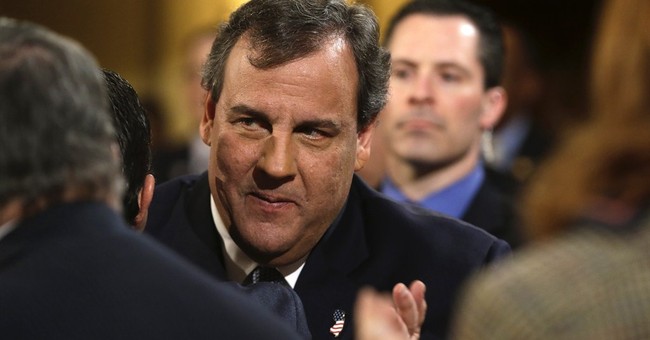 No doubt it’s been a rocky couple of weeks for the governor of New Jersey. But increased media scrutiny and accusations of political wrongdoing, if anything, might only benefit him in the long run -- that is, if his hands turn up clean and unmarred by recent events (via Politico):

New Jersey Gov. Chris Christie isn’t throwing in the towel on presidential ambitions just yet, saying he is “readier,” in his first interview since he addressed “Bridgegate” at a lengthy news conference almost two weeks ago.

“Yeah. I’m readier, if that’s a word,” Christie told Yahoo in an interview published Monday, when reminded about comments he made in 2011 saying he didn’t feel ready to be president.

Christie, widely touted at a top contender for the GOP ticket in 2016, is now facing growing backlash over controversial lane closures that his foes claim were ordered as political retribution. In addition, Christie’s office is now pushing back against claims Hoboken’s mayor made Sunday that she was told Sandy aid would be withheld if she did not support a development project.

Christie has denied any knowledge or involvement in the lane closures and his office has since denied the allegations about Hoboken’s Sandy aid.

Hard to believe, if he survives Bridgegate and these recent allegations untarnished, he doesn’t run for president. Remember, his reason for not running in 2012 was that he wasn’t “ready.” But after serving a full term as the Garden State’s chief executive, and safely winning re-election, what’s stopping him now? This declaration may not be amount to full-fledged commitment to run, but he’s certainly whistling a different tune than he was even a couple of years ago.

Plus, he’s learning from this experience, he says; even if he doesn’t know what those lessons might be yet:

“I will learn things from this. I know I will. I don’t know exactly what it is yet that I’ll learn from it. But when I get the whole story and really try to understand what’s going on here, I know I’m going to learn things,” Christie said.

Nevertheless, Christie said he thinks he is a “fairly good politician.”

Perhaps he’s being modest here, too; after all, he surprised many when he won over 50 percent of Hispanics -- and captured one-third of Democrats -- when he ran for re-election in blue New Jersey and won. What is he doing in the Garden State that Republicans elsewhere can’t seem to figure out? His brand may be greatly damaged at the moment, but party elders see him as a viable candidate who can speak to Americans who traditionally vote for Democrats. Obviously, too, the media sees him as a real threat, or they wouldn’t have aired a segment with uncorroborated claims accusing the governor of corruption.

Dealing effectively with unfriendly media outlets is a key skill any Republican president -- or candidate, for that matter -- must master. And Christie’s about to get a lot more experience in than department than he probably bargained for.