Heads Up, Young People: Obamacare Ads Coming During the Olympics 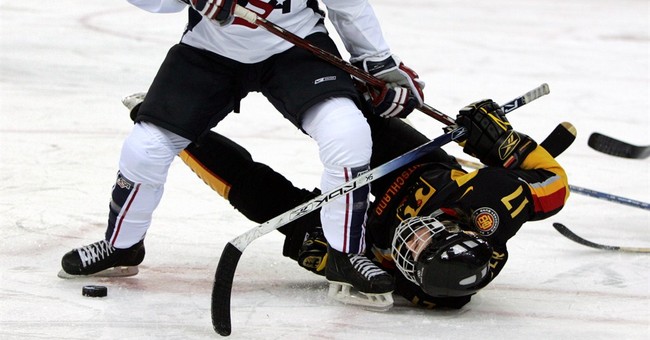 Smart. Besides Super Bowl Sunday, what better time to launch a series of pro-"Affordable" Care Act ads targeting unsuspecting young people? After all, the White House knows college kids everywhere will be tuned in and watching the Winter Olympics in February, right?

And guess what? This targeted ad blitz better work. Failing to convince enough millennials that enrolling in Obamacare is indeed affordable and in their best interests could prove catastrophic -- all evidence to the contrary notwithstanding:

The Obama administration will run television ads in some cities during next month's Winter Olympics pushing health care coverage under the Affordable Care Act.

An official with the Department of Health and Human Services said the ads will run in markets with the highest rate of uninsured people during the Olympics. The official would not confirm the cost of the ad buy.

The HHS official said the ads are meant to target the uninsured, focusing specifically on young adults, and the Olympic ad buy is strategic effort to capitalize on increased viewership during the Olympics.

“We are ramping up education and outreach efforts to drive enrollment in the Health Insurance Marketplace as part of a sustained, aggressive campaign for the duration of open enrollment," HHS spokeswoman Joanne Peters said in a statement.

The timing really couldn’t be any better:

Experts have predicted that those “young invincibles” will likely wait until the end of the second enrollment period to buy into the markets, making the Sochi Olympics a critical time for an enrollment push.

Naturally, the White House’s official enrollment figures concerning young people have yet to be released. Surprise! But rest assured the administration is far from where they want to be, or else this ad buy wouldn’t have been necessary.