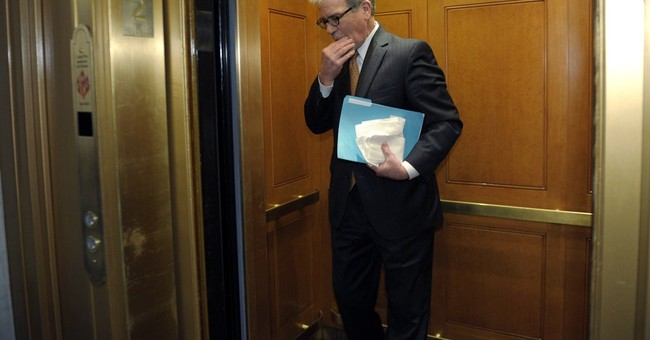 Do you agree? I’m not sure I do. In fact, I’d say every year during the American Civil War or World War II was unquestionably worse -- but I do see his point:

Sen. Tom Coburn (R-Okla.) on Monday night argued this year could be remembered as one of the “worst for the republic," and he urged voters to clean house in the midterm elections.

Coburn lamented the rollout of President Obama’s healthcare law, Senate Majority Leader Harry Reid’s (D-Nev.) decision to use the “nuclear option” to change Senate rules and the unwillingness of both parties to address the main drivers of the debt.

That millions of Americans lost their health insurance, the filibuster was "nuked," and the gridlock in Washington continued unabated in 2013 are certainly lamentable developments. But it’s important to keep things in perspective. Yes, it’s startling that unilateral executive actions and naked power grabs, as Coburn explains, seem to be par for the course these days. This rule-by-decree mentality is not an acceptable form of governance. But how on earth was 2013 any worse a year than any year in which tens of thousands of Americans perished at home defending the Union, or on the battlefields of Continental Europe or Japan? America is not -- nor will it ever be -- a perfect place. But to live here in 2013 is to enjoy freedoms, opportunities and a quality of life most human beings could only dream of. That’s to say, the past year could have been much, much worse -- all the problems and setbacks and lost opportunities notwithstanding.