Cantor: Hey, Mr. President, Why Don’t You Go Tell Those Kids in Louisiana Why You Want to Take Away Their Scholarships? 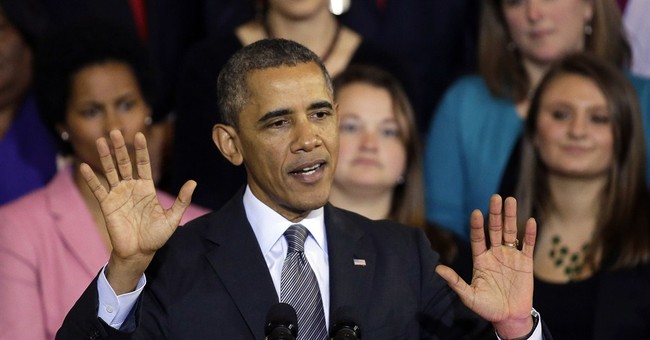 Yesterday we touched on the fact that the Department of Justice is suing Louisiana over its successful school voucher program. Today, however, the president is actually in New Orleans -- and House Majority Leader Eric Cantor is wondering aloud when and if he’ll be visiting a school he’s apparently trying to kick poor kids out of:

POTUS is in New Orleans today. He should visit @GoodShepNOLA and see the kids that benefit from the scholarship program he's suing to stop.

A little more background on the school via a Team Cantor press release:

President Obama and Attorney General Holder are suing Louisiana in order to kick poor kids out of good schools. Plain and simple. By all accounts, Governor Jindal’s Louisiana Scholarship Program has been a huge success, helping low-income families send their children to safe and effective schools where they learn, and have a chance of success. President Obama wants to force these children into bad schools, and incredibly, is using the guise of civil rights to do it. Unbelievable.

Majority Leader Cantor visited New Orleans on Monday and toured the Good Shepherd School. The student body is 100% African-American, nearly every child is in the Louisiana Scholarship Program, and they are all thriving in this safe and effective environment. These kids don’t deserve to be kicked out of this school.

No, they don’t. Effectively closing this school on these grounds would be deeply unfair and a national embarrassment. Why isn’t every Republican in Congress talking about this?

Meanwhile, here's an excerpt from a statement Eric Cantor released on Monday about Dr. King and his Dream:

“I was recently in Philadelphia at a charter school, and I commented and referred back to the words of Martin Luther King. During his efforts in the struggle for civil rights in this country, he spoke of the fact that the arc of history is long, but it bends towards justice. There is no doubt in my mind that this is justice. Education choice and giving kids an opportunity to attend a school like Good Shepherd is justice.”

I completely agree. This reminds me of a speech the president gave this summer commemorating the 50th anniversary of the March on Washington. He said: “The arc of the moral universe may bend toward justice, but it doesn't bend on its own."

The president is an impressive rhetorician. But it’s exceedingly hard to square those remarks with his actions. He’s bending the arc of the moral universe in the opposite direction of justice. Question: why the hell does he want to effectively close off schools to children that give them a chance to escape a life of poverty and diminished prospects? It just doesn’t make any sense. Republicans must take up this fight -- not because it’s a winning political strategy, although it is -- but because it is the right thing to do. Democrats, naturally, often complain that racist Republicans don’t care about minorities, single families or poor people. Hogwash. This is a chance to finally prove them wrong.