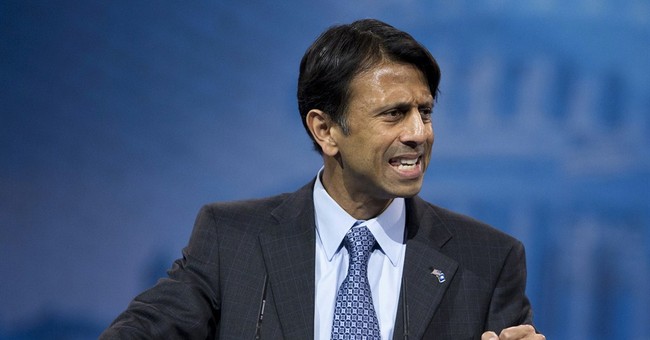 Roughly 90 percent of school voucher recipients in the state of Louisiana are African-American, according to the Washington Post. Which is why the paper’s editors are utterly bewildered that the DOJ would petition a U.S. District Court to force the Pelican State to end the practice by 2014 – unless, of course, certain steps are met on the absurd grounds that the program threatens to re-segregate public schools (H/T Ed Morrissey):

NINE OF 10 Louisiana children who receive vouchers to attend private schools are black. All are poor and, if not for the state assistance, would be consigned to low-performing or failing schools with little chance of learning unless the skills they will need to succeed as adults. So it’s bewildering, if not downright perverse, for the Obama administration to use the banner of civil rights to bring a misguided suit that would block these disadvantaged students from getting the better educational opportunities they are due.

The Justice Department has petitioned a U.S. District Court to bar Louisiana from awarding vouchers for the 2014-15 school year to students in public school systems that are under federal desegregation orders, unless the vouchers are first approved by a federal judge. The government argues that allowing students to leave their public schools for vouchered private schools threatens to disrupt the desegregation of school systems. A hearing is tentatively set for Sept. 19.

There’s no denying the state’s racist history of school segregation or its ugly efforts in the late 1960s and early 1970s to undermine desegregation orders by helping white children to evade racially integrated schools. These efforts included funneling public money to all-white private schools. But the situation today bears no resemblance to those terrible days. Since most of the students using vouchers are black, it is, as State Education Superintendent John White pointed out to the New Orleans Times-Picayune, “a little ridiculous” to argue that the departure of mostly black students to voucher schools would make their home school systems less white. Every private school participating in the voucher program must comply with the color-blind policies of the federal desegregation court orders.

It’s obvious what’s going on here, isn’t it? To give the states more autonomy is to directly undermine and allow state governments to challenge the status quo. And that, in turn, is unacceptable.

As many have said before, the special interests -- namely, the teachers unions and their constituents -- benefit tremendously from a public school system that puts administrators, bureaucrats, and yes, teachers, over the educational needs of students. This allows the powers that be to continue providing jobs and, of course, paying teachers’ generous salaries and unsustainable pension plans. How else to explain why the DOJ is going to such “perverse” lengths (a word, incidentally, the Post editors used) to create more rules and regulation for state governments who’ve clearly found a better way to educate their children? It just doesn’t make any plausible sense for why a federal agency would see fit to involve itself in Louisiana’s internal affairs on such tenuous grounds. Read the whole thing here.