Walker: It’s a “Disservice to the Party and the Country” to Talk About 2016 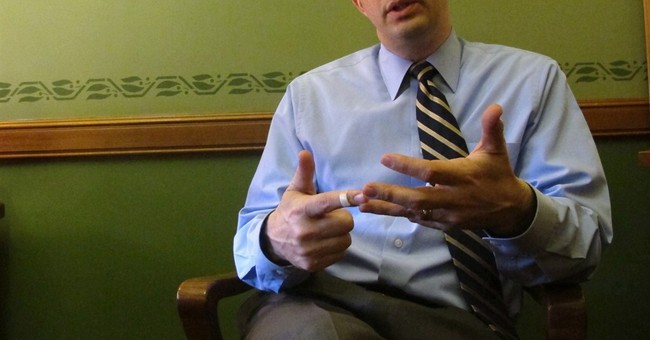 When asked about the looming presidential contest more than three years away on “Fox and Friends” Tuesday morning, Wisconsin Governor Scott Walker responded exactly how one might expect: he said Republican presidential hopefuls should instead focus on the 2014 midterm elections, and reminded the public that conservative governors -- not Washington lawmakers or President Obama -- are responsible for the economic progress/recovery underway in many of the nation’s swing states (via Politico):

Republicans who are already announcing 2016 presidential campaigns are doing a disservice to their party, Wisconsin Gov. Scott Walker said Tuesday.

“At least on the Republican side I think it’s too early. It’s a disservice to the party and the country,” Walker said on “Fox & Friends.” “We’ve got 36 races for governor next year, 22 of them, including me, are Republican governors. You’ve got a U.S. senate where we’ve got a very real chance to get a majority.”

Walker, who is rumored to be exploring a 2016 bid himself, said it’s been Republican governors who have turned around the economies of states, not Washington.

“I think people are hungry for leadership, I think they want people to step up,” Walker said. “That’s why even though the president got reelected by a significant margin particularly in swing states, almost every one of those significant swing states we talk about last year are governed by Republican governors.”

There’s so much to like about Governor Walker as a presidential candidate it’s hard to know where to begin. For starters, he’s been an extraordinarily successful (conservative) chief executive -- cutting property taxes for the first time in decades, balancing the budget, taking on the unions (and winning), and surviving a recall election. At the same time, he may also appeal to a broad coalition of mid-western and blue-collar voters in a way, say, Mitt Romney never could. Scott Walker never graduated from college. He’s living, breathing proof that America is still the land of opportunity -- a place where anything is possible through hard work and grit determination. The last two nominees for president were graduates of Harvard Law School. How refreshing to think, then, that Scott Walker might run (a candidate equally, if not more, capable of leading the nation), even though he never earned a college degree.

Keep your eyes fixated on Wisconsin. Scott Walker is running for re-election next year and, if he wins, that will have important (and potentially game-changing) implications in 2016. In fact, I wouldn’t be the least bit surprised to see the political headwinds start to shift if and when he’s successful. The guy, after all, is impressive.