Lewis: Hillary Clinton is “the Most Qualified Person in America to be President” 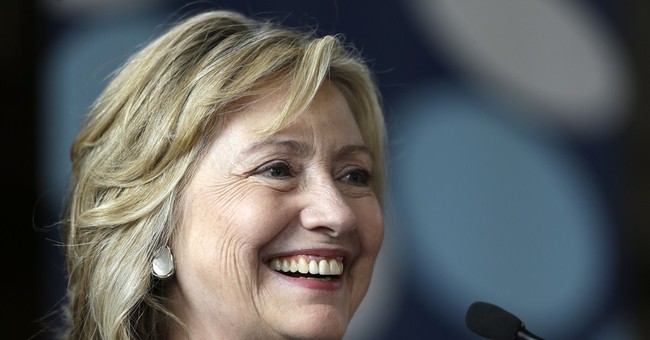 The New York Times has the exclusive interview:

Representative John Lewis, the Georgia Democrat and elder statesman of the civil rights movement, said in an interview that he would support Hillary Rodham Clinton if she sought the White House in 2016, and called her “the most qualified person in America to be president.”

Mr. Lewis, a longtime Clinton ally, famously abandoned Mrs. Clinton in 2008 to cast his vote as a Democratic convention superdelegate for Barack Obama, a move that was significant because of Mr. Lewis’s standing as a leader among African-Americans. He cited a “sense of movement and a sense of spirit” around the Obama candidacy.

His new remarks about Mrs. Clinton, which he insisted were not an endorsement, are the first time he has weighed in on the 2016 race. He spoke during a lengthy interview in his office in Washington, during which he reflected on race relations in America today, and the upcoming 50th anniversary of the March on Washington, which he helped organize.

“I won’t make an endorsement, but I will say this: If she makes a decision to run I would be with her,” Mr. Lewis said. “I think today she is the most qualified person in America to be president. No one has worked so hard or done a more effective job in representing this country as secretary of state in modern times.”

Hillary has served in many different capacities: First Lady of the United States, U.S. Senator, and Secretary of State. Indeed, she has been in the public eye ever since before I was born -- and nearly won her party’s nomination for president in 2008. She is leaps and bounds ahead of her fellow Democrats in the polls right now, and if (when?) she runs in 2016, she will be exceedingly difficult to beat. She is the heir apparent.

Nonetheless, Hillary’s legacy as Secretary of State (despite Lewis’s generous remarks) is rife with controversy. Yes, she travelled extensively and won plaudits from both political parties during her four-year tenure at Foggy Bottom. But there are still many questions that have yet to be answered about the terrorist raid in Libya on 9/11/12 that left four Americans dead, including a sitting U.S. ambassador. Why did the State Department reject numerous demands for increased security at the U.S. consulate and why has no one been brought to justice yet? The public wants -- and indeed deserves -- answers to these questions. Meanwhile, we now know thanks to whistleblower Gregory Hicks' testimony (the former deputy chief of mission at the U.S. consulate in Benghazi) that the night of the raid he personally spoke to Hillary Clinton on the phone at 2 a.m. He explained that Islamic extremists had indeed breached the walls of the compound. Why, then, did Secretary Clinton later blame the raid on an anti-Islamic YouTube video if she knew all along what had happened? And why, for that matter, didn’t the U.S. government even attempt to send military assistance to Americans stranded on the ground?

The media will inevitably try to bury these questions or avoid them altogether during the course of the campaign if and when Hillary runs and wins the nomination. But during the general election she’s going to be asked to defend her record. Simply put, she has a lot of explaining to do.