Reflections and Thoughts on Memorial Day 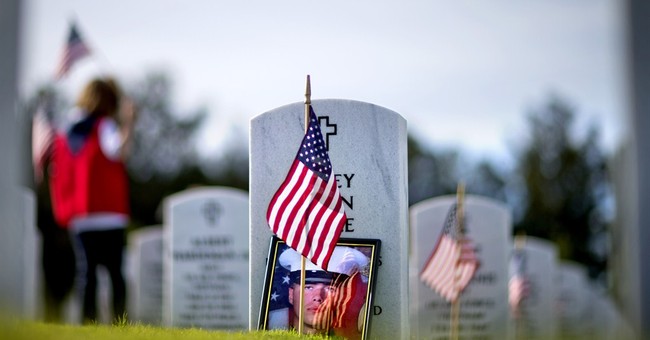 On Memorial Day, traditionally held on the last Monday of May each year – and known during the post-bellum period as “Decoration Day” until Congress passed the National Holiday Act of 1971 – the country explicitly honors American soldiers who lost their lives in the service of their country. Of course the long and eagerly anticipated weekend can be characterized by barbecues, parades and parties – but most often it is embraced as a day of solemnity and remembrance, as it should be.

In fact, a quick look at these comprehensive statistics and one begins to understand just how many lives were lost in defense of America’s freedoms and liberties. These numbers should give every patriotic citizen pause. Reviewing these figures, the reader comes to realize just how much these brave patriots endured and sacrificed. To quote Winston Churchill in a different context, “[never] was so much owed by so many to so few.”

For example, I cannot help but reflect on the brave men at Valley Forge – shoeless and starving – who refused to abandon their posts or their beloved general, lest the cause be lost; or the 20th Maine Infantry Regiment under Colonel Joshua Chamberlain who, along with his men, held the line at Gettysburg against long odds, thus turning the tide of the war and ending the scourge of slavery in America forever. Or the brave men and women serving overseas today who vigilantly watch over us and defend our shores.

But perhaps most importantly, today is a day to honor and remember all U.S. service members – through the centuries – who perished in the line of duty and especially their family members who survive them. To that end, I would highly recommend reading Lee Habeeb’s moving and important piece at National Review Online about the trials and tribulations Gold Star families experience on a daily basis – not just once a year on Memorial Day. It is a sobering and much-needed reminder.

In light of this, I want to leave you with perhaps my favorite quotation of all time – taken from the moving and beautiful peroration from Abraham Lincoln’s Second Inaugural Address – in which he reminded his contemporaries 148 years ago that every American has an obligation and responsibility to support the care of the military families of loved ones killed in action – one of our oldest and most noble traditions. He said,

“With malice toward none; with charity for all; with firmness in the right, as God gives us to see the right, let us strive on to finish the work we are in; to bind up the nation's wounds; to care for him who shall have borne the battle, and for his widow, and his orphan--to do all which may achieve and cherish a just and lasting peace, among ourselves, and with all nations.

These words are as important today as when Lincoln first uttered them in 1865. Let us never forget them.