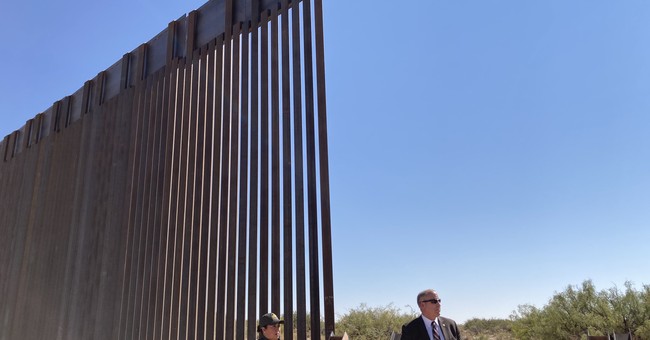 Here we go. On day one of his administration, President Biden will reportedly introduce an eight-year path to citizenship for an estimated 11 million illegal immigrants. As the Associated Press reports, illegals living in the U.S. as of January 1 will have a five-year path to temporary legal status. After that, it's a three-year path to naturalization.

The path is even simpler for those in the Deferred Action for Childhood Arrivals program, who can qualify for a green card immediately.

Under the legislation, those living in the U.S. as of Jan. 1, 2021, without legal status would have a five-year path to temporary legal status, or a green card, if they pass background checks, pay taxes and fulfill other basic requirements. From there, it’s a three-year path to naturalization, if they decide to pursue citizenship.

For some immigrants, the process would be quicker. So-called Dreamers, the young people who arrived in the U.S. illegally as children, as well as agricultural workers and people under temporary protective status could qualify more immediately for green cards if they are working, are in school or meet other requirements. (Associated Press)

President Trump made clamping down on illegal immigration and building the border wall two of the biggest promises of his 2016 presidential campaign. He said the wall would be over 1,000 miles long. As of last week, the US Customs and Border Protection (CBP) says the Trump administration had completed 453 miles of the wall overall. Biden said that under his administration "not another foot of wall" will be built and instead wants to focus on border technology.