'The Truth Hurts!': Democrat, Republican Shout Over Each Other During PA Objection 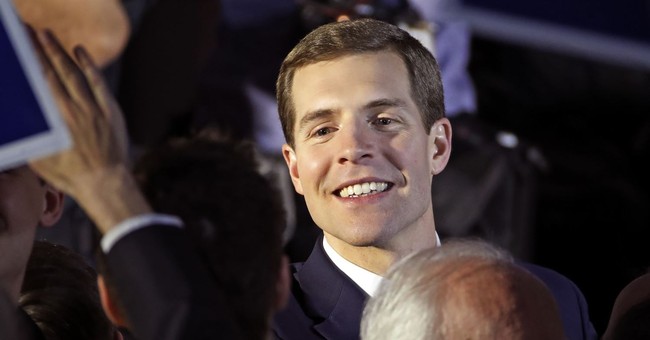 When Congress reconvened Wednesday night, several Republicans who had planned to object to the electoral college results changed their minds in light of the mob violence that occurred in the afternoon, including recently defeated Georgia Sen. Kelly Loeffler. As such, Vice President Mike Pence sped through a number of states without interruption. But when Pence got to Pennsylvania, a group of Republicans rose to object.

Rep. Conor Lamb (D-PA) followed the Republicans' speech with one of his own, outright dismissing his concerns.

"These objections," he said, "don't deserve an ounce of respect. Not an ounce. A woman died out there tonight. And you're making these objections."

WATCH: Tempers flare in the US House chamber as Republican lawmakers shout over Rep. Conor Lamb, temporarily causing benches to empty, for accusing Republicans of lying about why President Trump lost Pennsylvania. pic.twitter.com/WsOQJtyiUb

"The gentleman said that there were lies on this floor here today, looking this direction," Griffiths said. "I ask that those words be taken down."

"The truth hurts!" Lamb shot back. "It hurts! It hurts them, it hurts this country, it hurts all of us...Go ahead shout it out!"

All the while, Speaker Nancy Pelosi tried to calm things down by yelling from the front of the chamber, "There will be order in the House!"

And that apparently wasn't all.

House Speaker Nancy Pelosi shot down the objection and as Lamb continued to speak, Rep. Andy Harris, R-Md., yelled in frustration that Pelosi wasn't allowing Republicans to force Lamb to strike his comment. He was told by a Democrat from across the floor to "sit down," to which he responded, "No, you sit down!" after which the two faced-off in the aisle. Some reporters in the chamber initially identified the Democratic lawmaker as Rep. Colin Allred, but the Texas congressman's office said he was not involved in the initial confrontation and only approached his colleagues to help diffuse the situation. (NBC Philadelphia)

The House rejected the Pennsylvania objection by a vote of 282-138, and the Senate rejected it by a vote of 92-7. Congress proceeded and eventually, in the middle of the night, Pence certified the election results, meaning Joe Biden will be inaugurated on Wednesday, January 20.