Mick Mulvaney Explains His Decision to Resign, and Why Some are Staying Put 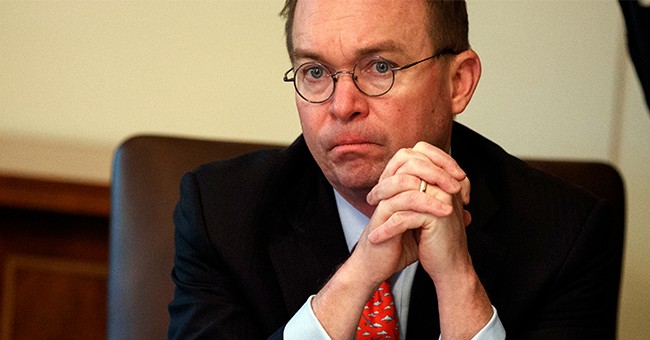 Mick Mulvaney, former White House chief of staff and current ambassador to Northern Ireland, is resigning from his post in the wake of Wednesday's violent chaos on Capitol Hill.

“I called [Secretary of State] Mike Pompeo last night to let him know I was resigning from that," Mulvaney told CNBC on Thursday. "I can’t do it. I can’t stay...It's a position I really enjoy doing, but you can't to do it. And I wouldn't be surprised to see more of my friends resign over the course of the next 24 to 48 hours. It would be completely understandable if they did."

BREAKING: Mick Mulvaney, who has been serving as special envoy to Northern Ireland, resigns from Trump admin. "I can't stay here. Not after yesterday."

Mulvaney, Trump's former chief of staff, had predicted in a WSJ editorial that if Trump lost he would "concede gracefully" pic.twitter.com/jcRfr7gIyv

He argued that President Trump is "not the same as he was eight months ago.’” On the other hand, Mulvaney said he respects Vice President Mike Pence, who "really proved himself" by "standing up for the Constitution" and accepting the electoral college certification that handed Joe Biden the 2020 victory. At a rally on Wednesday, Trump pressured Pence to reject the results and said he'd be "disappointed" in his VP if he did not listen to him.

The former chief of staff is not "condemning" members of the Trump administration who are choosing to stay, because he knows why some of them are.

“Those who choose to stay, and I have talked with some of them, are choosing to stay because they’re worried the president might put someone worse in," Mulvaney noted.

His resignation follows the announcement of First Lady Melania Trumps press secretary Stephanie Grisham's decision to step down, as well as deputy press secretary Sarah Matthew. And there are rumbles of other resignations, including National Security Adviser Robert O'Brien.