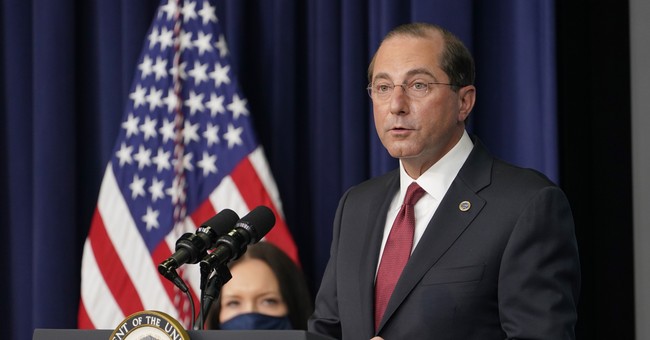 House Majority Whip Jim Clyburn (D-SC), on behalf of the The Select Subcommittee on the Coronavirus Crisis, has issued subpoenas for HHS Secretary Alex Azar and CDC Director Robert Redfield. In the letter, Clyburn demands that the officials produce any documents related to claims that the HHS "interfered with scientific work conducted by career officials at the Centers for Disease Control and Prevention."

"The subpoenas were necessary because the Select Subcommittee’s investigation has revealed that efforts to interfere with scientific work at CDC were far more extensive and dangerous than previously known," Clyburn writes. "Documents recently obtained by the Subcommittee show that over a period of four months, as coronavirus cases and deaths rose around the country, Trump Administration appointees attempted to alter or block at least 13 scientific reports related to the virus."

Clyburn goes on to argue that HHS appointees tried to "muzzle CDC scientists by retaliating against career employees who provided truthful information to the public." The Democrats say these reports suggest that HHS tried to influence CDC reports and "bully" its staff. Clyburn further alleges that the HHS tried to "block" publication of the CDC’s Morbidity and Mortality Weekly Report (MMWR).

Today’s subpoenas are just for show.

“Today’s subpoenas are just for show," Scalise said in a statement. "Issuing midnight subpoenas that turn into pumpkins in less than two weeks will not speed up production of the tens of thousands of documents HHS has already produced.  HHS has already produced over 15,000 documents and continues to produce documents to the Select Subcommittee. Even though witness testimony has already slammed shut the notion of any political interference in CDC scientific reports, Democrats continue to search for imaginary evidence of improper political influence in the Trump Administration’s whole-of-America pandemic response. Democrats should cease their partisan antics and instead focus on contributing to America’s recovery.”

The HHS has also refuted the Democrats' claims that they interfered with the CDC's efforts and just as swiftly dismissed the subpoenas.

“Dr. Charlotte Kent’s testimony shows there was no political interference in the MMWR process," an HHS spokesperson said. "The Administration is leading an unprecedented nationwide vaccination effort in response to a global pandemic and has been extremely cooperative with the Subcommittee – providing over 14,000 pages of documents over the last five weeks and making the Editor-in-Chief of CDC’s MMWRs, Dr. Kent, available for an interview. While the Administration is focused on vaccination shots, the Subcommittee is focused on cheap shots to create headlines and mislead the American people.”