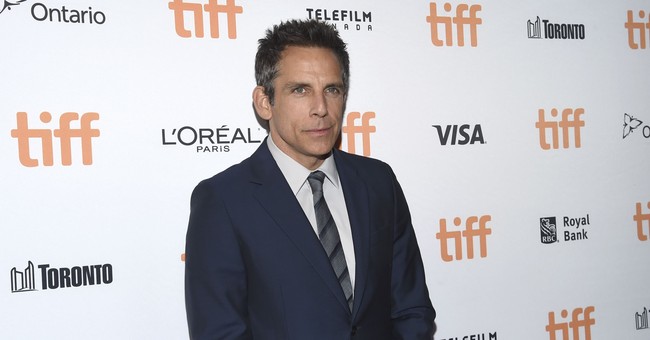 Actor Ben Stiller got into an online squabble with Fox News senior meteorologist Janice Dean over the weekend. But unlike most political Twitter fights, this one ended amicably.

Dean was doing what she does best, calling out Gov. Andrew Cuomo (D) for his COVID hypocrisy. Dean, who lost both of her in-laws in New York nursing homes, has every right to be fuming at the governor for his failed leadership during the pandemic. It was his decision to allow recovering COVID patients back into nursing homes that she believes killed her husband's parents.

And yet, as New Yorkers continue to struggle with their health and with their finances, Cuomo made another oblivious decision, holding a birthday fundraiser that featured celebrities like Henry Winkler, Robert DeNiro, Whoopi Goldberg, and Ben Stiller.

"Restaurants closing, kids out of school, families losing loved ones and livelihoods but @NYGovCuomo is going to celebrate his birthday with his celebrity friends and raise thousands of dollars for himself," Dean sounded off on Twitter.

PS for all of you defenders saying “but but it’s virtual!” the point was NOT about the event itself. It’s that @NYGovCuomo continues to raise money for himself while others are struggling to provide for their families.

Stiller, who knew nothing of Dean's story, dismissed her and defended the governor.

"Nothing wrong with supporting a politician," Stiller wrote in a now-deleted tweet. "As you know the current president has been soliciting hundreds of millions to overturn the election, not for COVID relief. You wrote a book about spreading sunshine apparently. You don't like the Governor. I do. Don't be divisive. Bye."

"Nothing wrong with criticizing a politician who likes to profit off the deaths of New Yorkers," she responded. "(He wrote a book too about “leadership” during a pandemic) You’re right, I don’t like the governor because his policies help kill my husband's parents. Enjoy your fundraiser."

Having realized what Dean has gone through this year, Stiller took a different approach. He told Dean that he had deleted his original reply, and added on an apology.

"Apologize for being ignorant of your circumstance," he wrote. "I would not have replied to your tweet if I did. I wish you and your family all the best in this very hard time."

"Apology accepted," Dean replied. "I appreciate your reply and the kindness that came with it."

Can we have more of this kindness to close out 2020?