CBS's 'Blue Bloods' Rejects Notion that All Cops are Racist 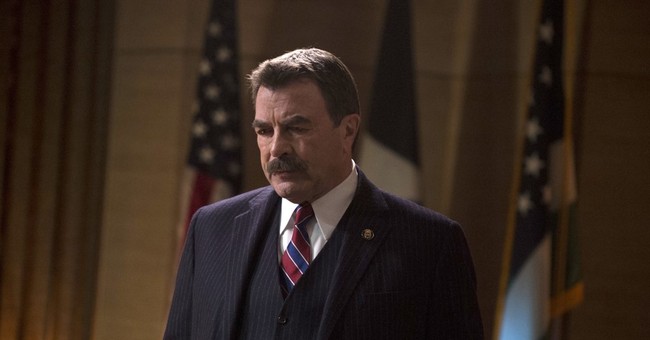 "Blue Bloods," which has been running now for 11 seasons, has decided to buck the trend and portray cops as respectable members of society. In a recent episode, the CBS show rejects the idea that there's "systemic racism" in police departments, and it caught the notice of some conservative viewers.

Regina: Do you really not see what's going on here?

Frank: I do. Every single cop is being painted with the same brush. And when anyone in my rank and file conducts themself in a way that is not worthy of the uniform, they get dealt with.

Regina: Every cop is wearing the same uniform, so if you get stopped walking while Black, how do you know which one is walking up on you?

Frank: Okay, how's a cop to know what he's walking up on? See, that fuse gets lit both ways. At least we can agree on that.

Regina: I need you to get your cops in check.

Frank: Fine, as long as we can keep the criminals in check. You got a way to do both?

Regina: You have criminals in your ranks.

Frank: Boy... Regina, you need to get your head out of your ass.

Conservatives appreciated that the program rejected the notion, which has been promoted by the group Black Lives Matter, that all cops are racists. Commissioner Reagan was trying to point out that his team is simply trying to do their jobs.

Unfortunately, other dramas on the same network have been sending viewers the opposite message. The legal show "All Rise," for instance, suggested that cops are criminals.

"In the past decade, in this town, a grand total of zero officer-involved shootings have been prosecuted. I mean, it's systemic," one character says. "Everybody contributes - you know, the police, the police union."

The Defund the Police movement has also taken off the past year, demanding that funds be distributed away from police departments and into "community safety." I recently spoke with a police veteran who explained why proposals like that are all empty talk.