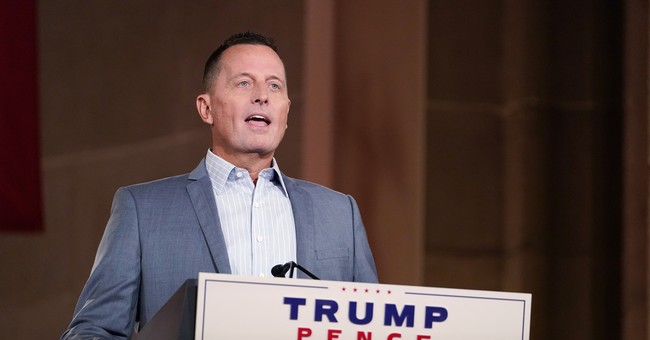 A headline making the rounds on Twitter on Monday appeared to be a downright lie.

As social media users quickly noted, that milestone has already been checked off. Richard Grenell, who is openly gay, served as President Trump's U.S. ambassador to Germany and then as the acting Director of National Intelligence.

The most hilarious part about it is that PinkNews itself touted Grenell's historic appointment at the time.

This is actually hilarious pic.twitter.com/ml3c3GquRU

Even the White House had to chime in on this one.

Fact check: That already happened. @realDonaldTrump appointed @RichardGrenell to the Cabinet position of Director of National Intelligence in Feb 2020 ?????????????? https://t.co/BSFgQUtJR1

Grenell, never one to shy away from a confrontation, demanded a fact check.

But, of course, no fact check came and the updated headline on PinkNews clarifies that Buttigieg would be the first full-time cabinet official. This screenshot shows that the words "full-time" were not in the original title.

Headline does not say “full time.” The news was that it’s a new milestone by a POTUS. Cool. Biden will follow in Trump’s steps.

Oh, one was full time and the other was only interim? That’s a result of the Senate’s move. pic.twitter.com/kyup8FhZVO

"If confirmed, Buttigieg would be the first openly gay person ever to hold a full-time cabinet post – though controversial gay Trump official Richard Grenell previously held the cabinet-level role of Director of National Intelligence on an interim basis," the article now reads.

Buttigieg is reportedly being eyed for U.S. ambassador to the United Nations or a key role in the Department of Veterans' Affairs.