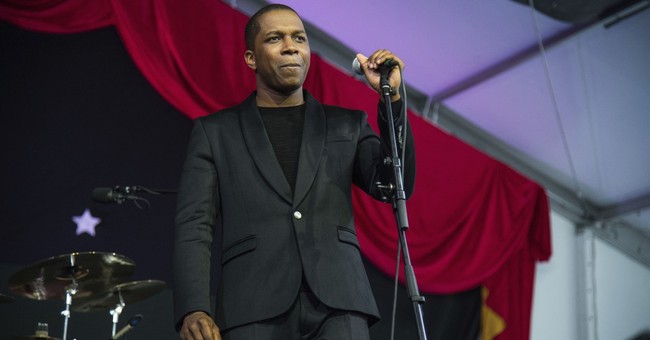 While singing a few verses from one of his "Hamilton" songs, actor and Broadway star Leslie Odom, Jr. urged U.S. voters to "wait for it" when it comes to their vote and the election results.

"In this historic election, millions of you have mailed in your ballots or dropped them off, and all of us deserve to be counted," he said.

The spot has urged people to start using the hashtag #WaitForIt on social media.

It’s gonna take awhile to get all our votes counted. I’m willing to wait...
pic.twitter.com/WVRFJN2gev

While it seems innocent enough, the Trump campaign observed that Biden supporters "have flooded social media with an ad aimed at misleading people into believing that votes lawfully cast will not be counted."

The campaign said that they predicted this kind of attempt to delegitimize President Trump's performance on Election Day. This "Hamilton" themed ad campaign, they argue, is "clearly meant to provide cover for the Democrats’ legal shenanigans to come."

“We are aware that Democrats have already cut television ads they are prepared to deploy to further cement the ‘Red Mirage’ misinformation, seeking to convince people that all Joe Biden would need for victory is more time, extending well beyond Election Day," Trump 2020 deputy campaign manager Justin Clark said in a statement on Monday. "At the same time, we fully anticipate that Democrats will be in court arguing to extend deadlines for accepting and counting votes mailed and received well past deadlines enacted by individual state laws. Americans should remember that Biden has assembled a massive team of lawyers who will try to loosen election integrity so they can steal this election, and also recall that Hillary Clinton advised Biden not to concede defeat ‘under any circumstances.’ The last gasp of the Biden campaign will be ugly and it will be ruthless.”

But President Trump has nabbed a few recent Supreme Court wins. Last week, the Court ruled that the battleground state of Wisconsin won't be allowed to extend their voter deadline past Election Day. Absentee ballots need to be in election officials' hands by the time polls close at 8 p.m. on Tuesday.

If you'll recall, this isn't the first time that the cast of "Hamilton" has waded in to the political scene. When Vice President Mike Pence showed up to watch a performance in 2016, the cast capped off the show by lecturing their notable guest about the Trump administration's conservative policies.