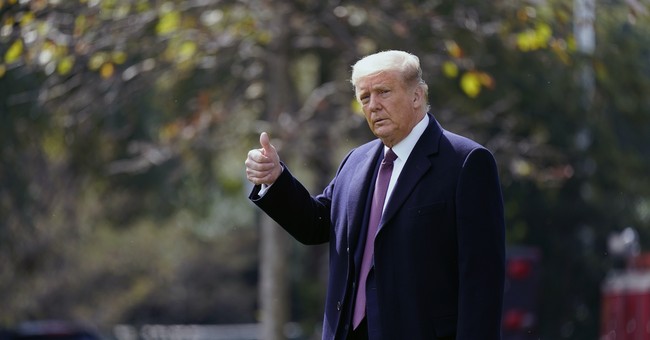 Washington, D.C. - We know what the media thinks of Donald Trump. That he's a racist. That he's a sexist. That he's a misogynist. But a new documentary, "The Trump I Know," shares a starkly different perspective of the president. Townhall attended the D.C. premiere of the film at the Trump International Hotel last week, and heard from the cast and crew that Trump isn't a bully after all. In fact they use much more flattering words to describe the 45th president of the United States. And they should know. Many of them have known the man personally for years, not from a series of snarky soundbites.

Director Matthew Thayer said he wasn't a big fan of Trump's before he shot this documentary. He didn't vote for him in 2016, and like the rest of America much of what he knew about the former businessman he got from the press. But that changed when he got to know some of the women in Trump's life. Women like Paula White.

Rev. Paula White-Cain is the Advisor to the White House on Faith & Opportunity Initiatives and the chair of the evangelical advisory board in the Trump administration. What a lot of people don’t know, Thayer explained, is that the president has been calling her his pastor for almost two decades.

Thayer shared an anecdote about another woman in a leadership role in one of Trump's businesses. Kerry Woolard has run the Trump Vineyard in Charlottesville, VA for eight years. She explains in the documentary that when Trump and his son Eric came to tour the property, Trump "got out and opened her door every single time" they stepped out of the car and into a new building.

"She said it was almost embarrassing she let out this giggle and he said absolutely not this is who I am this is what I do," Thayer recalled. "He is respectful, not just of women, but of people. "

Sadly, Thayer noted that "these simple stories of chivalry suddenly become revelatory" because of the biased press.

Mercedes Schlapp, senior advisor for the president's re-election campaign, explained that despite what you hear on the news, women support this president.

"We find is that there’s this strong support of women," Schlapp told Townhall. "Women who are working in the field offices. Women that he has empowered not only in the campaign, but at the WH but also his businesses. So we want to tell that story of how we know Donald Trump. The man who has empowered women, the man who is a results oriented president, and also make the case for him to get reelected."

Executive producer Joe Knopp met Lara Trump during his last film project, and that budding friendship sparked the idea for the documentary. In the process he learned that the president has a knack for identifying high quality traits in people and gives them jobs despite what may be a lack of experience, such as when he appointed Kayleigh McEnany as the current White House press secretary. Knopp said he thinks she "works harder than anyone in that job" because the president gave her the opportunity not after scanning her resume, but because he saw a spark in her.

Many of the women in his administration "are more defensive about him than he would ever be about himself," Knopp observed. "It crushes their hearts that he is treated this way."

In fact, Knopp said he had a "Wizard of Oz moment" through filming.

"The curtain kept getting open to what really happens in the media," he said. "We think we know. They get these little sound bites and they truly think they know the answer and they speak it as if it is truth."

And so, before the documentary tells us who the president really is, the filmmakers are hoping that it will open people's eyes to how they consume information. If viewers do that, they may actually start to like the president.