Giuliani Reflects on 'How We've Changed' Since September 11 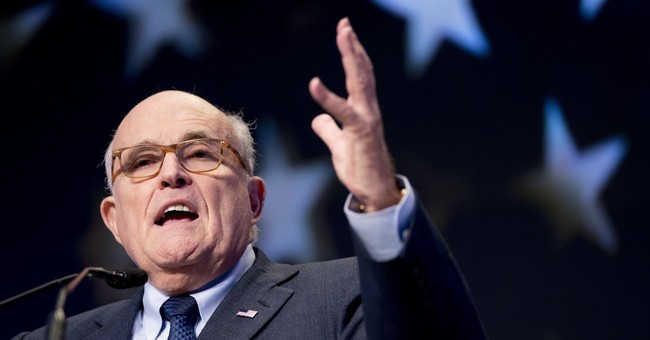 On September 12, 2001, Americans woke up united. United in fear, yet united in a heightened sense of patriotism. Yellow ribbons donned trees all over the country. Everyone wanted revenge on the terrorists who flew into the World Trade Center, the Pentagon, and nearly a major site in Washington, D.C. if the brave passengers of Flight 93 hadn't acted to stop them.

Former New York City Mayor Rudy Giuliani saw firsthand the beauty of the American spirit as he toured Ground Zero and met people all over the country who came to help honor the lost.

In 2020, 19 years later, Giuliani suggested that America is a shadow of her former self.

The fight for freedom never ends.

But imagine the message it sends to our enemies by defunding the police in NYC, the biggest terrorism target in the world.

We must reject this radical anti-American agenda! pic.twitter.com/mhVOZTOIC1

The mayor, who now serves as an adviser to President Trump, was disgusted by this year's reading of the names at the annual ceremony at the 9/11 Memorial & Museum, which was pre-recorded.

"They're not reading the names, they're playing the recording," Giuliani said. "To me, that's disgraceful. A pre-recorded reading of the names? Come on; these people gave up a lot for America. I mean, some of them on purpose."

The mayor said if he were still in charge, he'd never let something like that happen.

"They wouldn't be allowed to hold the ceremony with pre-recorded names," he said. "I'd take the tape recording and burn it, instead of burning the American flag, and I'd get people up and read the names."

He opted to attend a separate gathering hosted by the Stephen Siller Tunnel to Towers Foundation, where family members did a live reading of the victims' names.

The mayor was just as disgusted by the new Defund the Police movement. How can you defund the group that ran into the buildings to save lives, he said, shaking his head.