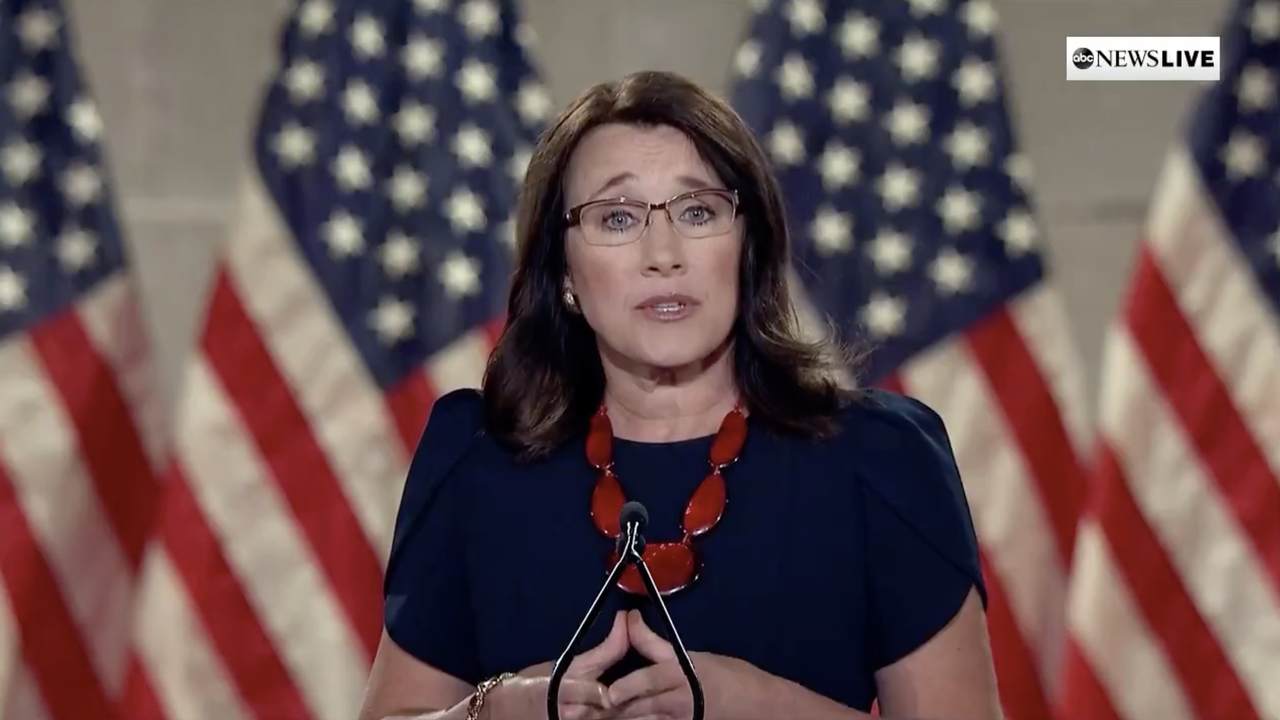 Tara Myers was not one of the more familiar names at Wednesday night's Republican National Convention. She's just a mother who wanted to share her gratitude for how President Trump saw her son as beautiful when others didn't.

Myers explained that when she was pregnant with her son Samuel, early tests revealed that he had Down Syndrome. Her doctor "encouraged" her to terminate the pregnancy, telling her, "If you do not, you will be burdening your life, family and your community," she solemnly recalled.

Tara Myers shares about how school choice helped her son, Samuel, who has Down Syndrome: “Unlike the doctor who told me to end Samuel’s life before it began, President Trump did not dismiss my son … President Trump gave Samuel an equal seat at the table.” https://t.co/Bu1ofYBbLe pic.twitter.com/GqQpQ5BiWV

"I knew my baby was a human being created by God and that made him worthy of life," she said. "I am thankful that President Trump values the life of the unborn."

Not only did she give birth to her son, but she's fought for Samuel's right to a sterling education. That, too, proved to be a struggle, with more people in her way telling her to just give up.

"When we pushed for him to attend his neighborhood school with his sisters, we were told to 'just go home and let us do what we do,'" she remembered. "When I inquired about functional learning I was told 'this is all you get, like it or not.'"

"I did not like it," she said. "One size did not fit all. So I helped fight to pass legislation in Ohio for a special needs scholarship so that all students could choose the right program for their needs. I worked to start a new functional learning program at our local private school."

Finally, she was happy to report, "Samuel had an appropriate place to learn." He attended Mansfield Christian School with the help of that special needs scholarship.

Because of their tenacity, Myers and her son were invited to the White House. She was so moved by their meeting with President Trump that she started to choke back tears as she shared the anecdote.

"President Trump shook my hand and said, 'Wonderful job, Mom, your son is amazing,'" Myers said as she began to get emotional. "Unlike the doctor who told me to end Samuel's life before it even began, President Trump did not dismiss my son; he showed Samuel he valued him and was proud of what he accomplished. President Trump gave Samuel an equal seat at the table."

The Trump administration has long promoted school choice. Last year, they introduced the Education Freedom Scholarship program, a federal tax credit that would fund scholarships to private schools and other educational programs.

"Tonight, I would like to extend my thanks to President Trump and his administration for their work toward making every student's dream of a meaningful education a reality," she continued. "And for fighting to ensure every child in America has an equal seat at the table of education freedom and an equal opportunity in life. Thank you."