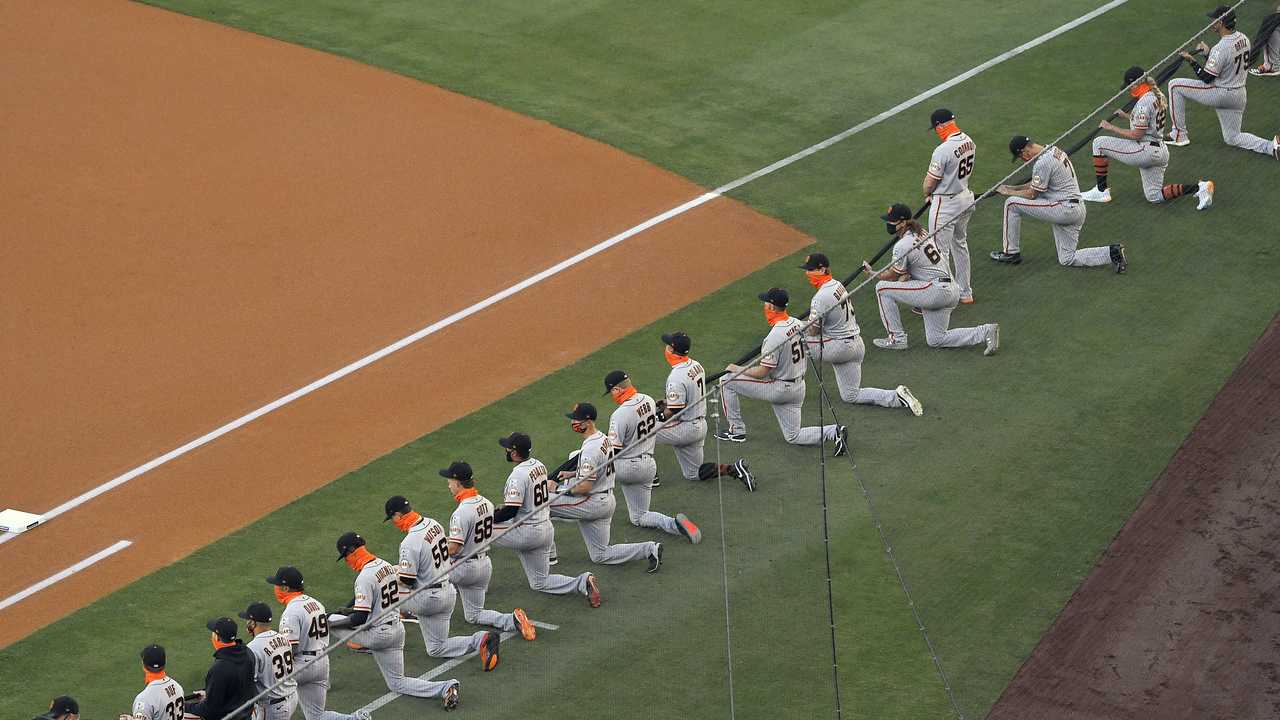 While all of his teammates took a knee during a moment of silence before last week's Dodgers and San Francisco Giants season opener to supposedly make a point about inequality, Giants pitcher Sam Coonrod stood.

“I’m a Christian,” Coonrod explained. “I can’t get on board on a couple of things I’ve read about Black Lives Matter, how they lean toward Marxism and said some negative things about the nuclear family. I just can’t get on board with that.”

He "can't kneel before anything besides God," he added in an interview with NBC Sports Bay Area. In a recently uncovered video from 2015, Black Lives Matter co-founder Patrisse Cullors called herself a “trained Marxist." More recently, in the aftermath of the death of George Floyd in police custody, BLM has proposed controversial campaigns such as defunding the police. You can imagine Coonrod's hesitation to support anything related to the group.

Media, unsurprisingly, were not on Coonrod's side. The New York Daily News lectured Coonrod that the moment of silence was not organized by Black Lives Matter.

Sports Illustrated didn't let him off the hook either, suggesting that Coonrod was "missing the point" of the ceremony, which according to the writer, was "meant to be an anodyne alternative to actual protest."

Nevertheless, Coonrod felt that to participate would be violating his beliefs.

Of course, none of this may soon matter. Because with the recent rise in COVID-19 cases in the MLB, baseball fans are predicting that the season will be promptly canceled.

Faith leaders like Franklin Graham and other fans commended Coonrod for literally standing his ground.

I appreciate that Sam Coonrod’s commitment is to the Lord Jesus Christ above all else. He has enough guts to state the truth about the Black Lives Matters organization & to stand for his convictions—even if it means standing alone. God bless him! https://t.co/sz3r9sn9OV

... 'I'm A Christian, so I just believe that I can’t kneel before anything besides God.'#GodlyMen #RealMan pic.twitter.com/ha7DmEfbKj