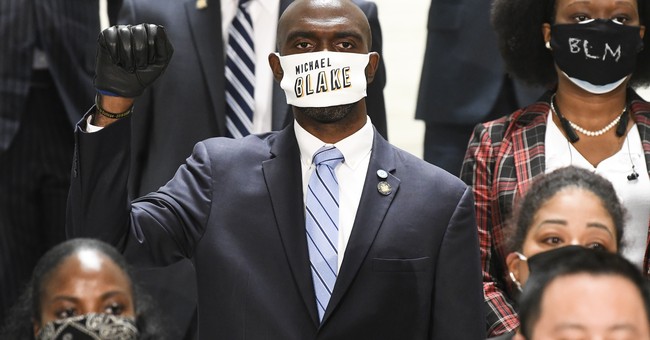 New York Assemblyman Michael Blake came in second in the Democratic primary to replace South Bronx Rep. Jose Serrano, but he will not concede. He maintains that this is still anyone's game because there are still thousands of absentee ballots to count. But his other reasoning is more controversial. He claims that black voter suppression played a major factor in the race.

In his team's lengthy statement, they allege that intentional black voter suppression caused his defeat.

"Very intentional Black voter suppression and undemocratic processes clearly don't just happen in the South, but in the South Bronx," his campaign writes.

With these examples of voter suppression, intimidation, delays, and with 43k absentee ballots uncounted, I will not concede. All votes must be counted and serious concerns from the people must be addressed. #ny15

This race is not over. The fight is not done. Read our statement: pic.twitter.com/QN2hyfnw72

Blake argues, in part, that some polling sites in majority black neighborhoods were suddenly and mysteriously moved without giving proper notification to voters.

Blake's statement reminds us of the November 2018 Georgia gubernatorial election, in which Democrat Stacey Abrams refused to concede to Republican Brian Kemp. And to this day she and her allies believe she is the rightful winner because of voter suppression.