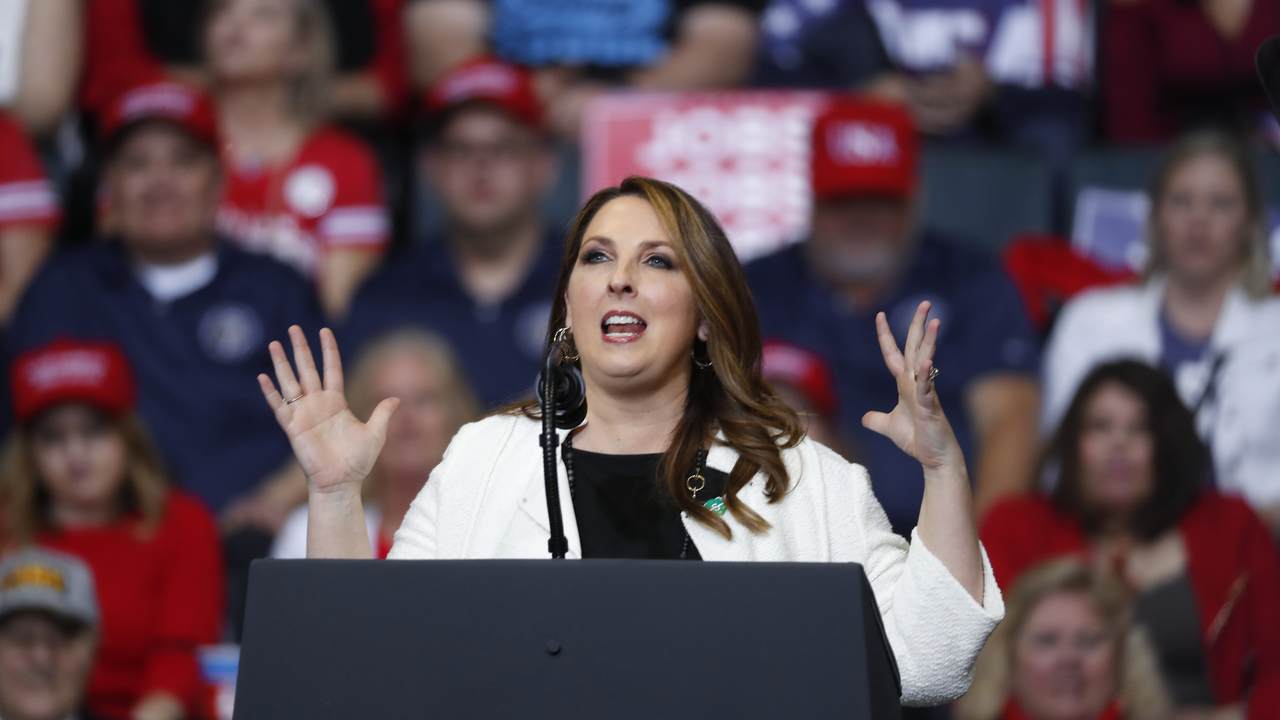 Several new polls have former Vice President Joe Biden beating President Trump handily in November. A Marquette Law School poll has the Democrat up eight points. And it's apparently the same story in several swing states. Five months out from Election Day, and at first glance, the presumptive Democratic nominee has the thing in the bag.

Joe Biden increased his lead in every state since their last poll, with massive jumps in WI/MI/PA/NC.

CNBC claims that at this point in the campaign, "no other Republican or Democratic nominee in the last four elections was as far ahead of their opponent as Biden is against Trump."

But RNC Chair Ronna McDaniel explained to Fox News's Stuart Varney why she can't take these numbers seriously. After all, we've been here before.

"Stuart, you know better than I do, you know, these polls right now are not even significant," McDaniel said. "One hundred fifty polls were done between now and the election in 2016 that showed Donald Trump losing, and the ultimate poll is Election Day."

If you take a closer look at special elections across the country, you'll find even more evidence for how just unreliable polls are these days. She singled out elections in Wisconsin and Tuesday's race in NY-27, where the Trump-endorsed state senator Chris Jacobs declared victory.

"Some things that are not being looked at are the special election that we just had in Wisconsin for Tom Tiffany, where the polls were showing him neck and neck, and he actually won by 14 points," McDaniel explained. "We had Chris Jacobs this week in NY-27 who defeated a candidate who in 2018 only lost by .3 points. Chris Jacobs won by 40 points, both of these candidates ran with President Trump, they did tele-town halls with President Trump and they are exceeding the polling. This is something we are seeing in special election after special election, six of which we have won since the midterms. All of those candidates were endorsed by President Trump."

In 2016, there was no doubt in the media's mind that Hillary Clinton was going to be crowned in the general election. It wasn't until the night of the election that they realized how wrong they and their algorithms had been.

"The polls do not accurately reflect - the sentiments of people in 2016, the day before the election, those polls suggested that Hillary Clinton was going to be our next president," Trump said. "Those were wrong. I think they're even more incorrect now than they ever were."

Instead, the GOP uses their fundraising numbers as an indicator of voter enthusiasm. And on Trump's birthday last Sunday, they had their biggest fundraising day in history. And in fact, their numbers have left the DNC in the dust for the past few years.

Senior Advisor @LaraLeaTrump: Joe Biden has been hiding away in his basement, the polls are more inaccurate now than ever before pic.twitter.com/2DaJRN6Qoh