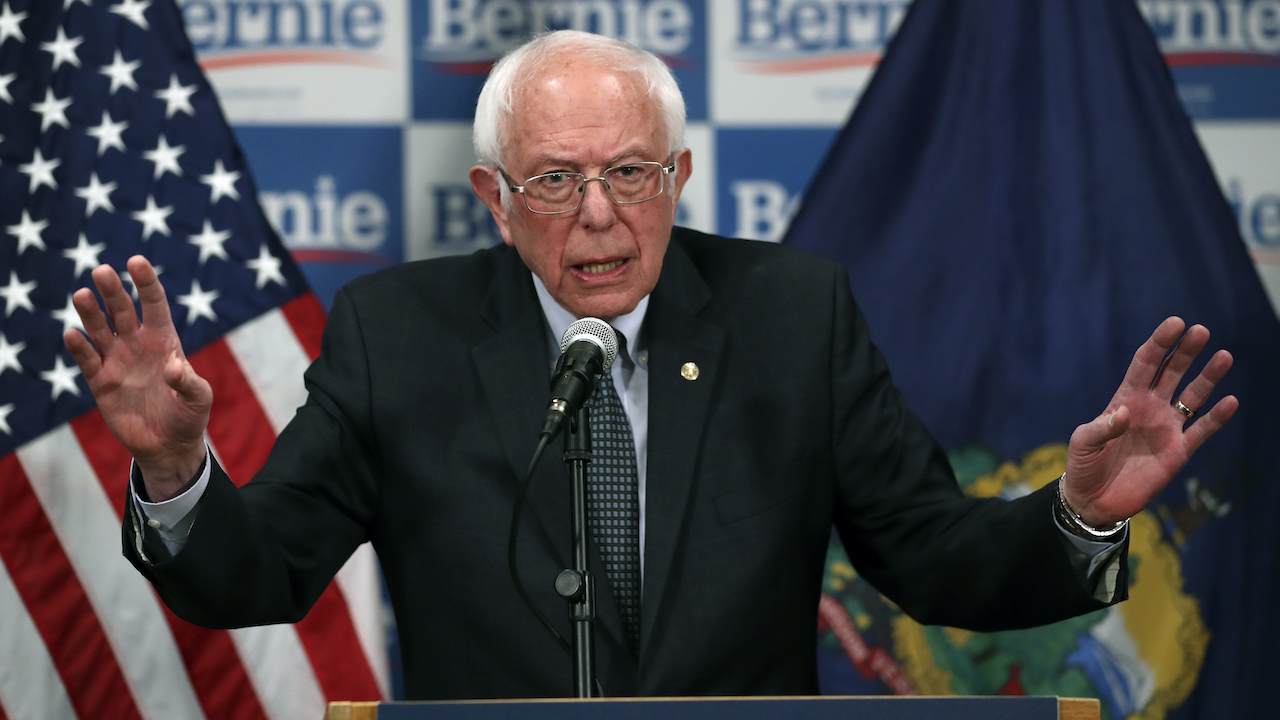 Sen. Bernie Sanders's (D-VT) campaign may be kaput and the senator may have endorsed presumptive Democratic nominee Joe Biden, but his team still wanted his name on the ballot in the New York presidential primary on June 23.

"Sanders backers say canceling the election would send an exclusionary message at a time when party leaders should be focused on uniting Democrats behind Mr. Biden," the Wall Street Journal predicted.

George Albro, co-chair of the New York Progressive Action Network, added that canceling the primary would be a "public-relations disaster."

The New York State Board of Elections didn't heed the warnings and on Monday decided to cancel its Democratic primary, citing coronavirus concerns.

BREAKING: Democrats on the New York State Board of Elections just removed @BernieSanders from the ballot and canceled the presidential primary that was scheduled for June 23.

Sanders campaign had asked the primary to go on, even though he’s backed Biden.https://t.co/5AoRkQNlph pic.twitter.com/56aKnLluna

Reporters predict the decision will both upset and enrage Sanders supporters, who at least wanted the opportunity to cast a "symbolic" vote for the Vermont senator.

This is a big deal that will likely frustrate Sanders supporters some of whom are already wary of the Democratic Party. I've talked to quite a few New Yorkers who had planned to support Sanders in the primary even though he had dropped out. https://t.co/kIhAYTW9eP

New: The New York State Board of Elections removed Sen. Bernie Sanders (I-Vt.) from the state's primary ballot, disappointing progressive voters who sought the chance to cast a symbolic vote for him. https://t.co/YnwO6ZatWe via @HuffPostPol

It turns out their predictions were rather prescient.

I will not be supporting the Party that didn’t give me an opportunity to vote.https://t.co/7NEG1G7YKw

Biden already had an uphill battle in bringing Sanders supporters over to his campaign. The former vice president has questioned Sanders' socialist policies throughout the campaign, including but not limited to Medicare for All. Speaking to a group of seniors at an AARP forum, Biden charged that Bernie's plan would overwhelm the health care system and upend their Medicare plans as they know it. Other Sanders supporters won't be able to cast their vote for a former vice president who signed off on thousands of deportations and a senator who voted for the Iraq War.

Sanders had a dream-like start to the Democratic presidential primary this year, sweeping both the Iowa Caucus and the New Hampshire primary. Perhaps sensing that a Democratic socialist was about to win the nomination, moderate and establishment Democrats banded together to make sure Biden reclaimed frontrunner status. For the second election in a row, Sanders was pushed aside for the more establishment candidate.

New York still plans to hold its congressional and state primaries on June 23.