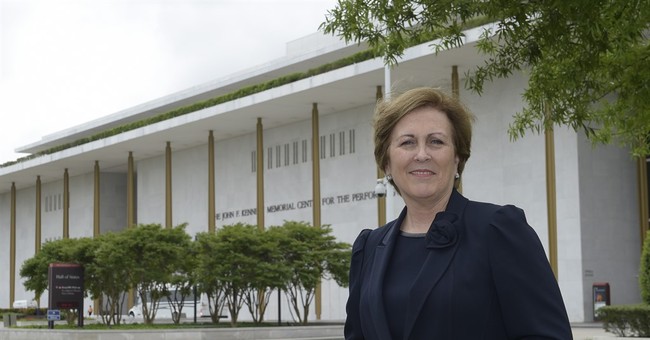 Thanks to House Speaker Nancy Pelosi, $25 million of the $2.2 trillion economic relief bill intended for Americans hardest hit by the coronavirus went to D.C.'s John F. Kennedy Center for the Performing Arts.

Rep. Brian Steil (R-WI) has introduced a bill that would take those millions of dollars back from the performing arts venue and into efforts more directly aimed at fighting the coronavirus or assisting its financially impacted victims.

"Some in Washington felt it was important to spend $25 million of taxpayer dollars on the Kennedy Center when there are obviously bigger needs right now," he explained. "This is frivolous spending in the midst of a national emergency."

Thanks @SteveScalise for supporting my bill that takes back the $25 million from DC’s Kennedy Center. This money should be spent fighting the virus or in taxpayers’ pockets! WATCH on @seanhannity here: pic.twitter.com/HgmYGEdvE5

"It shows you the misplaced priorities of Speaker Pelosi and her radical allies," Scalise said on Fox News Monday night. "While everyone was working together, Republican and Democrats, with President Trump who was solely focused on fighting for jobs for American families who were facing maybe being laid off, maybe those small businesses shutting down for good, President Trump wanted to stave that off, to help get relief to those families."

Meanwhile, Nancy Pelosi "held the bill up for days to get her pet projects, including the money for the Kennedy Center."

Scalise noted how ironic it was that some of the musicians Pelosi claimed to be fighting for got laid off as soon as the bill got signed. Despite the bailout, the Kennedy Center fired all 96 members of the National Symphony Orchestra.

Pelosi also wanted $300 million for the Corporation for Public Broadcasting, but her colleagues substantially slashed that number. How many thousands of COVID-19 test kits, ventilators, masks and other medical equipment did her skewed priorities cost?