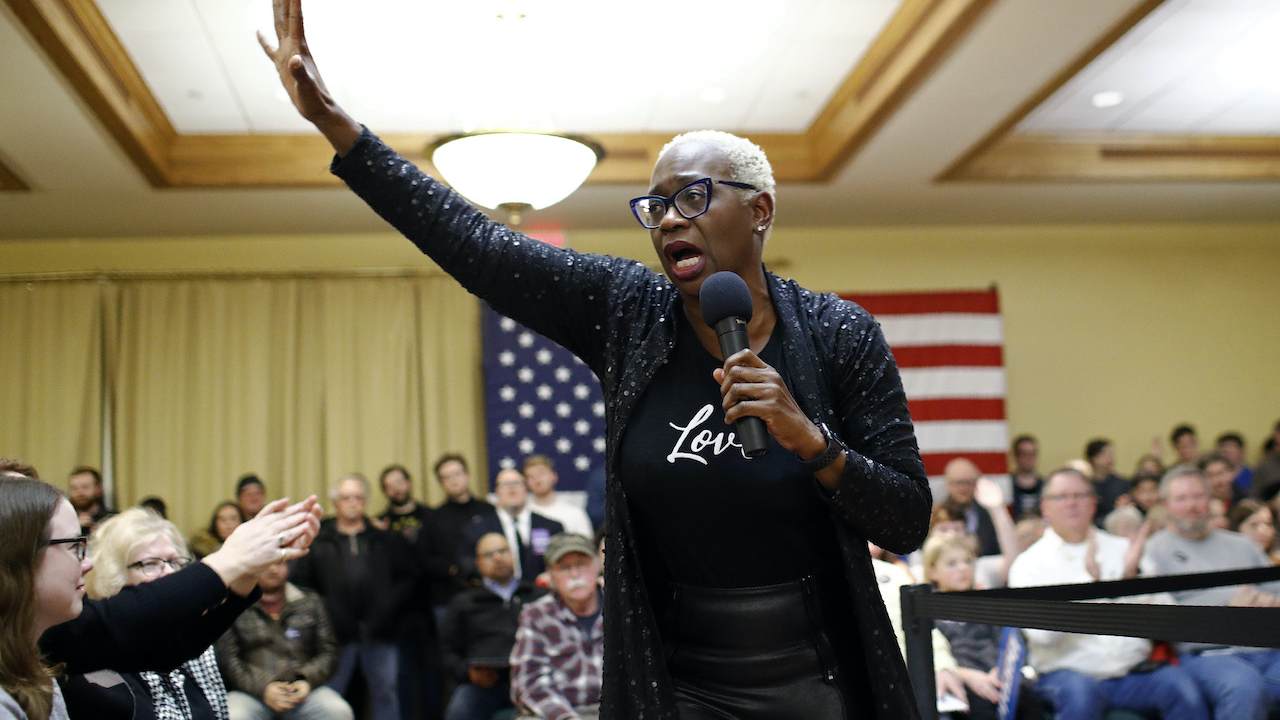 Ohio State Senator and Bernie Sanders campaign surrogate Nina Turner defended her candidate in the post-debate spin room in Las Vegas Wednesday night. She was particularly peeved by how his competitors appear to be using President Obama for their political benefit.

It's becoming the norm.

Nina Turner, a top surrogate for Bernie Sanders, says to candidates like Biden and Bloomberg:

"They should not be using the black president as their prop to try to seduce the African American community." pic.twitter.com/Y4plpI5A0T

Half the people on the debate stage who tried to use Obama didn't support him in 2008, Turner argued.

"Now all of a sudden since he is very popular - he is a popular figure - now they want to use him as a prop," she continued. "They should not be using the black president as their prop to try to seduce the African American community."

"Stand on your own record," Turner said in closing. "Barack Obama is not running for president in 2020."

Biden may have an excuse for making references to Obama on the campaign trail since he served alongside him for eight years as his vice president. Biden has often touted his large support in the black community and is expected to do well in next week's South Carolina Primary.

But Bloomberg, who as of late has been running ads featuring photos of Obama, has some nerve, Turner said. Because when he was mayor, he oversaw policies like stop-and-frisk that "trampled on the rights of black people and brown people." His opponents hammered him for that controversial program last night.

Turner is becoming just as popular as Sen. Sanders on the campaign trail because of her passion and energy, which even we couldn't help but notice at one of his rallies in Rochester, New Hampshire, last week. She got the crowd riled up for Sanders, bouncing up and down the stage with the message that Bernie was a candidate "for the people." I think she even got more cheers than filmmaker Michael Moore.

Even Sanders admitted that the only bad thing about having Turner on his campaign is that he always has to follow her onstage.