Which Party Has a Diversity Problem? A Rundown of the Democrats' Struggles with Black Voters 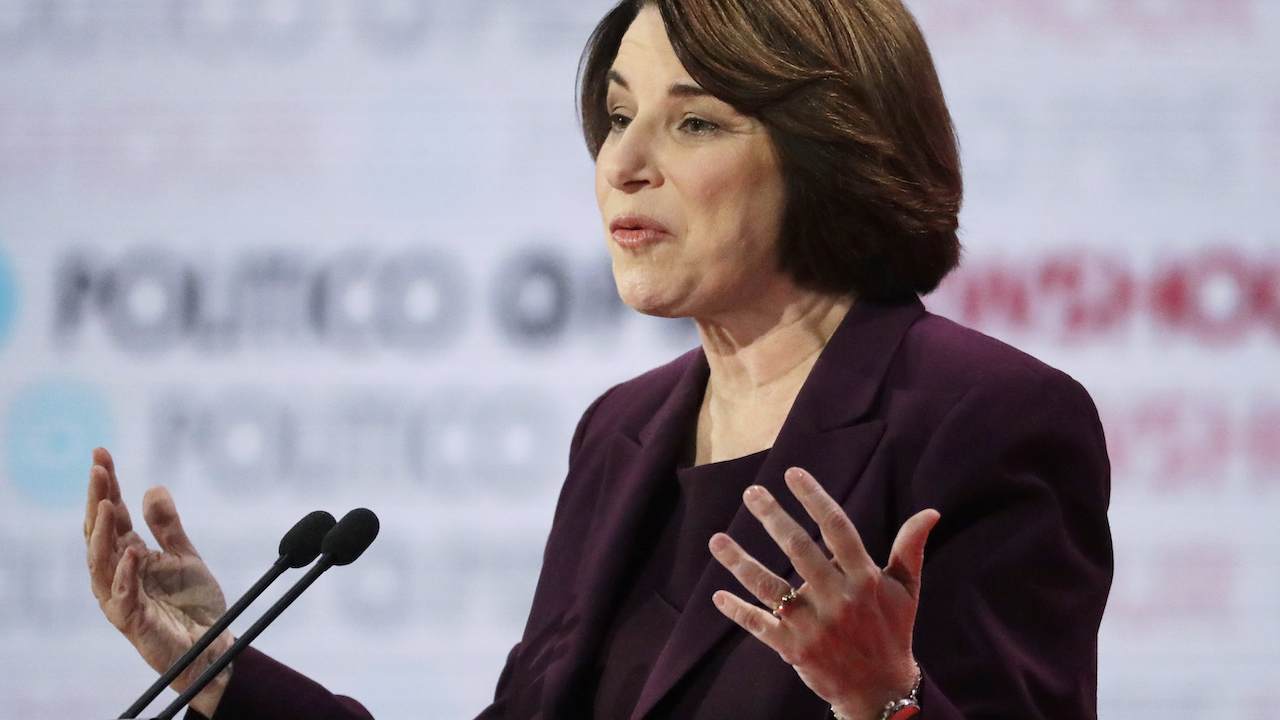 Each week the Democratic debate stage has been getting more and more homogenous. They started off with several minority candidates, including Sens. Cory Booker (NJ), Kamala Harris (CA), and former HUD Secretary Julian Castro. But with businessman Andrew Yang's departure from the race after last week's New Hampshire primary, diversity is MIA.

"That's definitely really ridiculous," Christina, who's originally from Colorado but now lives in Manchester, told me at a Bernie Sanders rally in New Hampshire last weekend.

Christina noted that the first black female presidential candidate to ever run was way back in 1972. It's now 2020.

"It's kind of embarrassing for the party that purports to be all about diversity," she said.

The candidates themselves aren't helping matters. Most of the frontrunners have said or done something to alienate minority voters. Let's start with South Bend Mayor Pete Buttigieg. There are several video clips of Buttigieg making controversial remarks about African-Americans and education, which prompted a writer for The Root to write an op-ed entitled, "Pete Buttigieg Is a Lying MF." To his credit, Buttigieg called the author of the opinion piece, but it didn't help matters much.

The former mayor's attempts to make things right with black voters have been largely unsuccessful and gaffe-heavy, such as when he tried to release his Douglass Plan, a measure intended to increase diversity in classrooms.

The South Carolina Primary is at the end of the month, and in November Buttigieg was polling at zero percent with black voters in the state.

Sen. Amy Klobuchar (D-MN), one of the other more "moderate" Democrats in the race, has her own set of problems with the black community. Years ago she helped prosecute a black teenager, Myon Burrell, in a case surrounding the death of a young girl who was shot in her house while doing homework. New reports suggest that the case against the teenager was based on flimsy evidence and testimony. The Minneapolis NAACP demanded she suspend her campaign and reopen the investigation. In multiple interviews about the scandal, Klobuchar has defended her decision, but said she'd take another look at the case if there is indeed new evidence.

Media analyst Roland S. Martin, meanwhile, has accused Klobuchar of running as far away from black media as she can.

So not only has @amyklobuchar not responded to Black media requests, her campaign didn’t even bother responding to the Black Women’s Roundtable presidential questionnaire? How does Amy think she’s gonna win without Black people, especially Black women?! pic.twitter.com/Ef3q2nTeJ8

Vice President Joe Biden has talked a lot about his support in the black community and still has the most support of all the contenders with black South Carolinians. But new reports suggest that the demographic is starting to look at other candidates thanks to the former VP's poor showings in Iowa and New Hampshire. In a recent debate, Biden's opponent Tom Steyer demanded he condemn remarks made by his friend state Sen. Dick Harpootlian, who accused the Steyer campaign of buying the endorsement of black state Rep. Jerry Govan. Biden dismissed Steyer's request and said that Harpootlian had already apologized for his comments.

Finally, it goes without saying that former New York City Michael Bloomberg is having a difficult time reaching black voters, thanks in large part to his controversial stop-and-frisk police program that allowed officers to question and detain individuals before they had even committed a crime. It disproportionately affected minorities. He's apologized for the policy, but it took him years to do so, former interim DNC Chair Donna Brazile noted on Fox News. Then there were those newly surfaced racially insensitive recordings from 2011 and 2015 in which Bloomberg said there was an enormous cohort of blacks and Latinos who "don't know how to behave in the workplace" and that New York places cops in minority neighborhoods "because that's where all the crime is."

She predicted Bloomberg's words will be a problem for him this election. A big one.

I repeat, which party has the diversity problem?