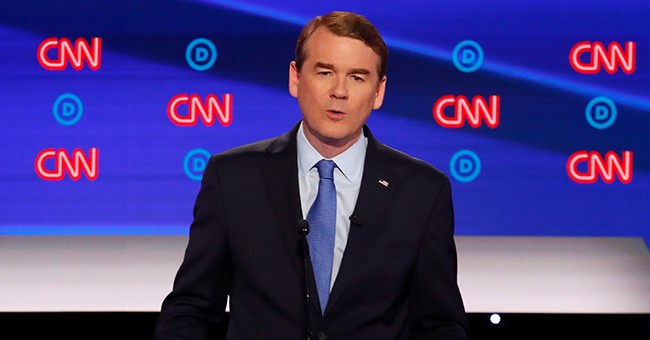 Colorado Sen. Michael Bennet has dropped out of the 2020 presidential race just moments after his fellow contender Andrew Yang, following a poor showing in the New Hampshire primary.

Michael Bennet drops out of the race. “I love you, New Hampshire. Whether you knew it or not, we were having a great time together... I think it’s fitting for us to end the campaign tonight.” pic.twitter.com/diTFtyqvv7

Like Sens. Bernie Sanders (VT), Elizabeth Warren (MA), and Amy Klobuchar (MN), Bennet was tied up in the Senate the past few weeks for the impeachment trial of President Trump. The Colorado senator said he'd support whoever becomes the eventual nominee and do his part to make Trump a one-term president.

Sanders and former South Bend Mayor Pete Buttigieg are the frontrunners in Tuesday's primary. Stay up to date on the Townhall live blog, where we have all the latest results.