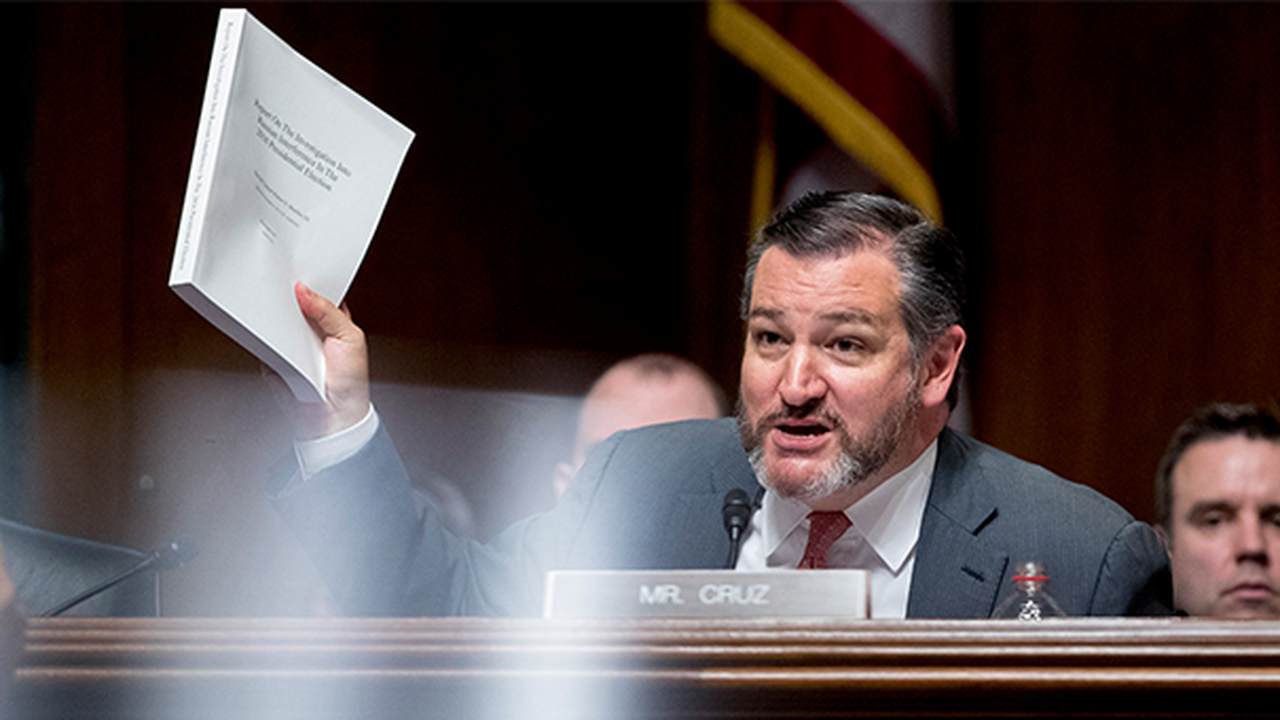 Before Ted Cruz became a senator, he clerked for the 4th Circuit for Judge Michael Luttig and then clerked on the Supreme Court for Chief Justice Rehnquist. He then served as the solicitor general of Texas and had nine arguments before the Supreme Court. He also taught a class on U.S. Supreme Court litigation at the University of Texas. So, with all that said, Sen. Cruz is qualified to tell us what we can expect in next week's Senate impeachment trial.

Above all, Cruz said that unlike his House colleagues, the Senate is going to "respect" due process and the rule of law.

"Well, I do think that if we go down the road of witnesses, and by the way, I think the Senate is likely to resolve the question of whether witnesses are going to be called in about two weeks," Cruz explained in a radio interview with Hugh Hewitt on Tuesday. "I think the way we’re going to proceed initially is that we’ll proceed the same way the Clinton impeachment trial proceeded, which is we’ll start with opening arguments from the House managers."

On Wednesday, House Speaker Nancy Pelosi announced the seven Democrats who will serve as impeachment managers for the imminent Senate trial. They are as follows:

Today, I have the privilege of naming the Managers of the impeachment trial of the President. #DefendOurDemocracy pic.twitter.com/Y2613Ni3pC

"We’ll then move to opening arguments from the White House defense team," Cruz continued. "And we’ll then move to questions from the senators. Now it’s different from what some folks might expect in that under the Senate rules of impeachment, senators are not allowed to speak in open session. That means that you’re not going to be seeing me going 15 rounds head to head with Elizabeth Warren arguing this on the floor of the Senate."

Hewitt noted, however, that the American people would "love" to see Cruz spar with Warren.

"She isn’t ready," Cruz replied. "I would enjoy that very much, but instead, the way the questions are going to be handled, senators write their questions, submit them in writing, and then the Chief Justice asks the questions on our behalf."

But Cruz is confident in Justice Roberts.

Cruz and Hewitt were only having this conversation because House Speaker Nancy Pelosi finally announced a vote on when to transmit the articles of impeachment to the Senate. The House voted to impeach Trump on abuse of power and obstruction of Congress last month, but Pelosi held on to the articles for almost 30 days. When Senate Minority Leader Chuck Schumer sent Majority Leader McConnell a list of his new demands for a trial, Cruz laughed. Schumer wanted to hear from four more witnesses and subpoena the White House for additional documents.

All that told Cruz, McConnell and other Republicans was that the House failed to make a case for impeachment.

Pelosi accused Republicans of shutting out their preferred witnesses as part of their "cover-up" for President Trump. But from where McConnell was standing, it sounded like his Democratic friends were full of contradictions.

We’ve reached a simple contradiction. The House case cannot be so robust that it was enough to rush into impeachment, and enough for Senate Democrats to start pre-judging guilt, but also so weak that they need the Senate to go fishing. These two stories cannot both be true. pic.twitter.com/r3LA9nRhlr

Cruz noted that if the prosecution was going to get more witnesses, then it would only make sense for the defense to get the same courtesy. Call it, "witness reciprocity."

The Senate impeachment trial is expected to begin next week.