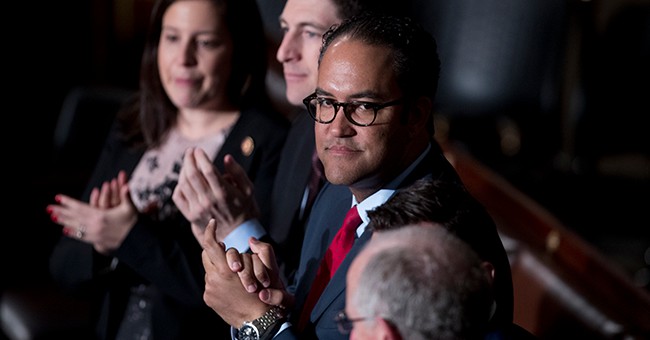 Rep. Will Hurd (R-TX) won his debate with CNN anchor John Berman on Tuesday. As if the killing of Qasem Soleimani should even be a debate. This was a dangerous terrorist who had orchestrated attacks on Americans and was planning more, when a U.S. airstrike ended him.

But now Democrats and some in the media are analyzing whether it was the best course of action. On Tuesday morning Berman asked Rep. Hurd if the world was truly safer in the aftermath of the U.S. military strike. Berman challenged the GOP congressman to "look at the response" and how Iranian public opinion is now "galvanized in support of the regime." For instance, the Iraqi Parliament voted to oust U.S. troops from the region. (Defense Secretary Mark Esper said that's not happening.) And the U.S. had to suspend activities against ISIS.

"Does that make the U.S. safer?" Berman asked Hurd.

Maybe not, but there's one thing that definitely would.

"I’m saying there was a galvanization of Iranian support at the death of Soleimani," Hurd continued. "They just had protests in November where the government killed their own folks. The Iraqi Parliament. This was a resolution, not binding legislation. They barely had a quorum because almost half of the Iraqi Parliament decided not to go there because they were protesting what this Iranian-backed caretaker prime minister was trying to do. And so saying that this — we have to understand the nuance of what’s happening in Iraq in order to understand these larger things. So this is about — if the Iranians want to become part of the world community again, they know what they need to do. Iran is not the victim in this situation."

Berman "heard" what Hurd was saying, but shot back one of his claims. Analyzing the U.S. motivation in this attack doesn't mean the media are claiming Iranians are the victim, Berman argued, adding that questioning the administration "is the duty of the free press."

Would he and others at CNN "question" the airstrike this much if it had been green lit by another president not named Trump?