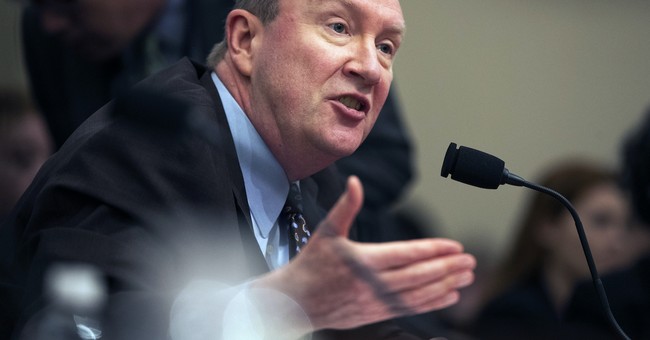 Former assistant U.S. attorney and Fox News contributor Andy McCarthy felt as though he was having an "out of body experience" while watching Wednesday morning's hearing with DOJ IG Michael Horowitz. The IG was testifying before the Senate Judiciary Committee to answer questions about his newly released report into the FBI's surveillance of the Trump campaign in 2016. He and his team found 17 irregularities in the FBI's FISA applications to spy on former Trump foreign policy adviser Carter Page, but concluded that the agency did not act out of political bias.

The FBI was going to court under oath to argue that they had probable cause to believe the Trump campaign could be wrapped up in a "cyber espionage conspiracy" with the Kremlin, McCarthy noted. The thought that "only five people" were in on it is "absurd."

McCarthy said that in the southern district in New York, where both he and Horowitz used to work, this kind of thing "would never have happened."

In regards to the IG report's conclusion that the FBI was not politically motivated in their quest to spy on the Trump campaign, McCarthy made an intriguing comparison.

"I kind of feel like I feel when there's a jihadist terrorist attack," McCarthy said. "Where the evidence is neon blinking and we sit around thinking, 'we may never know what the motive was.' I mean really?"

McCarthy noted that Horowitz was careful to note that bias didn't appear to affect the opening of the investigation.

"As I listen to him say that, I must say, if you were trying cases to Justice Department lawyers instead of common sense juries, no one would ever be convicted," he said.

In McCarthy's experience, "You don't rely on someone to say, 'I'm biased.'"

The CDC is Changing Their Guidelines on Vaccines and Masking...Again
Townhall
Adam Schiff just can't bear to think about what might happen 'if we deem elections illegitimate merely because they didn’t go our way' [video]
Twitchy
The Delusion Around Canada's Vaunted Socialist Healthcare System is Collapsing in the Face of COVID-19
Redstate
Former Drudge Report Editor Launches Conservative Alternative
PJ Media