Dem Rep: No, Most of My Constituents Aren't Talking About Impeachment 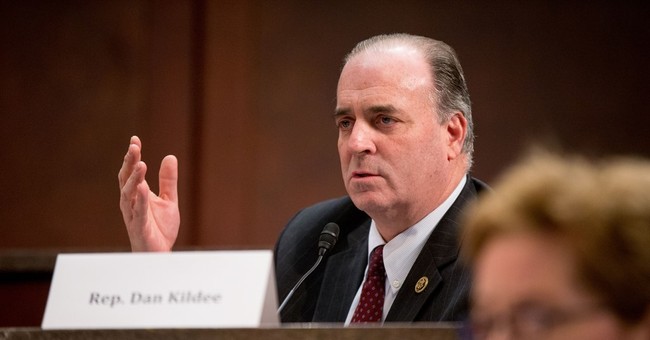 Democratic Chief Deputy Whip Dan Kildee (D-MI) is not completely committed to impeaching the president. He made that rather clear on Fox News Thursday morning just a couple of hours after House Speaker Nancy Pelosi announced they'd be moving forward on the inquiry.

Whenever he goes home, he discovers that the inquiry just doesn't have the public support that it does on Capitol Hill. What his constituents would rather see, Kildee revealed, is some progress on more pressing items.

Dem. Rep. Dan Kildee: My constituents want us to work on prescription drug prices, trade, and the economy.

Dems instead loaded up bipartisan drug pricing legislation with political poison pills, dragged their feet on USMCA, and held the House hostage with impeachment. pic.twitter.com/ajEAOzkbnI

Kildee said he supports Pelosi's decision to move forward on impeachment because he's concerned by a few elements like Trump's Ukraine requests and his apparent attempt to "obstruct" their investigation. But, he'll wait to see what's in the articles of impeachment before deciding how to vote.

“I’m really going to withhold judgment on any of that,” he said. “This is a moment we have to be very clear, but also cautious to not get ahead of ourselves. I want to see what those articles include.”

Instead of holding yet more hearings and talking to more witnesses who had nothing to do with the Ukraine phone call, why don't he and his colleagues get to work on a few of those policy items he mentioned? USMCA? Just a thought.