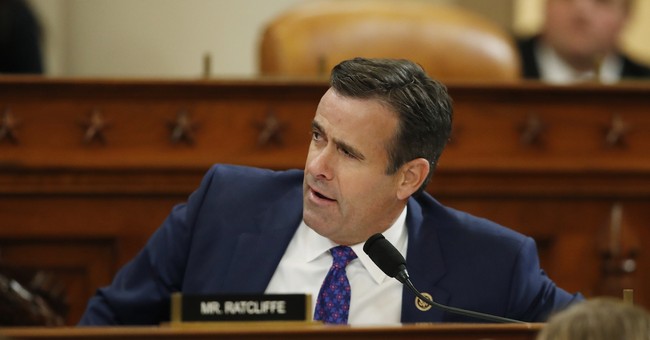 House Intelligence Committee Chairman Adam Schiff is supposed to provide the witness testimony from his panel's closed door depositions to the Judiciary Committee, as the latter prepares to host their own set of hearings this week into the ongoing impeachment inquiry against President Trump. But, there's one transcript yet to see the light of day - that of Intelligence Community Inspector General Michael Atkinson. Atkinson, the official who brought the whistleblower complaint about Trump's call with Ukraine to Congress, testified behind closed doors on Oct. 4 for over 8 hours, reportedly claiming the complaint was of "urgent concern." Why is Schiff hiding the transcript?

I know why @paulsperry_ It’s because I asked IG Atkinson about his “investigation” into the contacts between Schiff’s staff and the person who later became the whistleblower. The transcript is classified “secret” so Schiff can prevent you from seeing the answers to my questions

"Mr. Chairman, will you be prohibiting witnesses from answering questions as you have in the closed-door depositions?" she asked.

Schiff said he'd only intervene during the Q&A if he felt the whistleblower's identity was about to be revealed.

Other Judiciary Committee members, like Rep. Ben Cline (R-VA), said the whole process is "ridiculous to the extreme." The Schiff report, he added, is "a half-baked report" filled with hearsay. He and his colleagues will have little time to look it over on Tuesday before they kick off hearings Wednesday morning, Cline complained. He predicts it will be "a short set of hearings."

As for who the Judiciary Committee wants to hear from first, Rep. Doug Collins (R-GA) suggested Schiff would be an ideal candidate.

"If he chooses not to, then I really question his veracity in what he's putting in his report," Collins said.

"It's easy to hide behind a report," Collins continued. But it's another thing "to have to answer questions" on what he knew about the whistleblower and the report.