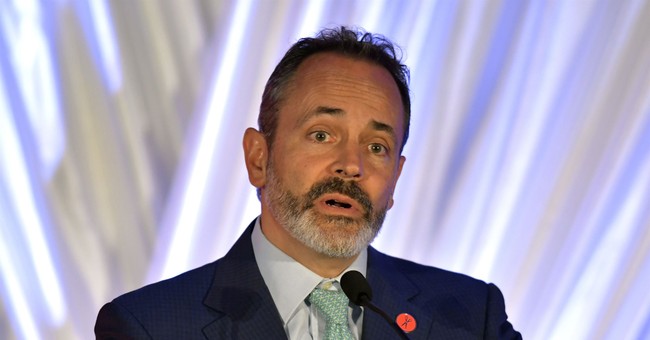 BREAKING: @MattBevin is formally requesting a recanvass in the race for Governor. Results from last night show about a 5,000 vote difference. pic.twitter.com/cPi4mOCxLo

"The people of Kentucky deserve a fair and honest election," Bevin campaign manager Davis Paine said in a statement on Wednesday. "With reports of irregularities, we are exercising the right to ensure that every lawful vote was counted."

In a speech to supporters last night, Bevin quipped that it wouldn't be one of his races without it being a "squeaker." He claimed that there were too many voting "irregularities" for him to accept the results of the election.

According to the Morning Consult's research, Bevin was the most unpopular governor in the country in July. However, President Trump was still a popular guy in the state, having won Kentucky by almost 30 points in the 2016 election. Trump tried to give Bevin a helping hand this week by campaigning with him and telling voters the governor is a "pain in the ass" who always calls him up to demand something on behalf of his fellow Kentuckians.

Beshear already started announcing the members of his transition team today and his campaign has just put out a statement with their hope that Bevin will honor the results of the recanvass. Especially because they expect it will not go well for him.