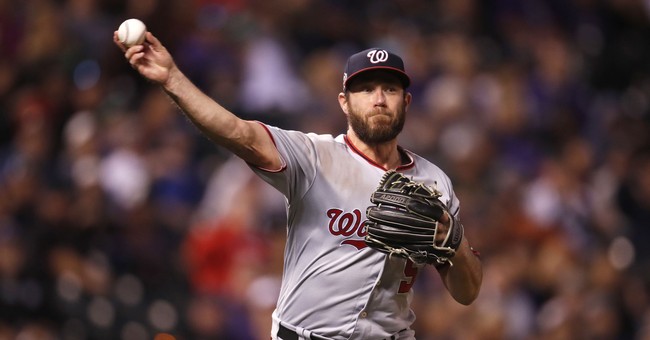 President Trump and First Lady Melania Trump attended the fifth game of the World Series at Nationals Stadium in Washington, D.C. on Sunday. Several thousand baseball fans greeted them with boos and "Lock him up!" chants.

TRUMP BOOED: President @realDonaldTrump was greeted with boos when he was introduced at Game 5 of the #WorldSeries on Sunday. MORE: https://t.co/lxezGQFLmI

But, as you can see and hear, when the jumbotron revealed who Trump's guests were, the crowd quieted. The president invited five wounded veterans to sit with him in his suite.

Ahead of the game, Trump said he did not intend to throw out the ceremonial first pitch because it was too risky. He already had to attend the game while wearing a heavy bulletproof vest. He also reportedly wanted to  “to make the fan experience as positive as possible.”

Some spectators noted how disrespectful those boos were in light of the historic news.

I cannot emphasize this enough:

Booing the president of the United States the same day he announces we’ve killed the leader of ISIS is completely un-American and childish.

Several others thought this was an opportune time to revisit the trend #DraintheSwamp and the president's son, Donald Trump Jr., mused that his dad must be "doing something right."

I’d wear getting booed in the swamp as a badge of honor. If you’re pissing them off you’re doing something right! https://t.co/vuOmiBRNgs