The Spin: Schiff Shares His Own Interpretation of the 'Damning' Ukraine Transcript 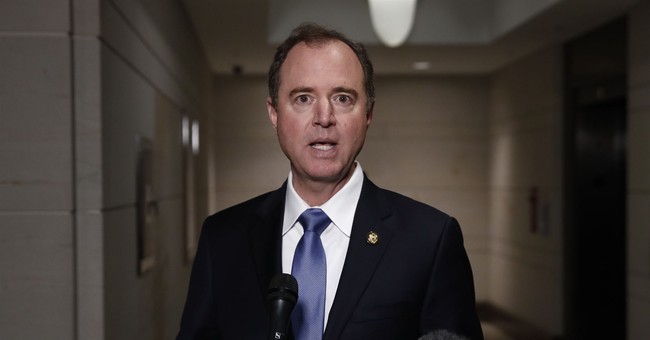 No problem for Schiff, though. He took a few parts of the phone call out of context for his Twitter audience to suggest that Trump is a mob boss.

The transcript of the call reads like a classic mob shakedown:

Nice country you got there.

It would be a shame if something happened to her.

Schiff added in a press conference on Capitol Hill that even if there was no explicit quid pro quo, Trump is still guilty.

House Intel Chairman Schiff on Trump-Ukraine call memo: “The notes of the call reflect a conversation far more damning than I or many others had imagined.” https://t.co/GvBzbbeYIi pic.twitter.com/kZ4mnL0du3

Schiff then really turned on the spin. While Trump may not have directly threatened the hold off on military aid for Ukraine, he did bring up Biden at a suspicious time.

Zelensky had just mentioned military support and "immediately thereafter," Schiff notes, "Trump said, 'I have a favor I want to ask of you' and would not let the subject go."

“There is no quid pro quo necessary to betray your country or your oath of office," Schiff suggested. "Even though many read this as a quid pro quo. I’m not concerned whether it is a quid pro quo or not. Ukraine understood what this president wanted.”

Before the call transcript was even released, Democrats used it to announce a formal impeachment inquiry on Tuesday. As of this morning, House Speaker Nancy Pelosi still hadn't read it.

Per the request of Schiff and several others, the DOJ will also release the full whistleblower complaint. Schiff has already made up his mind about that document too.