Lindsey Graham Demands Full Investigation of the Bidens and Ukraine 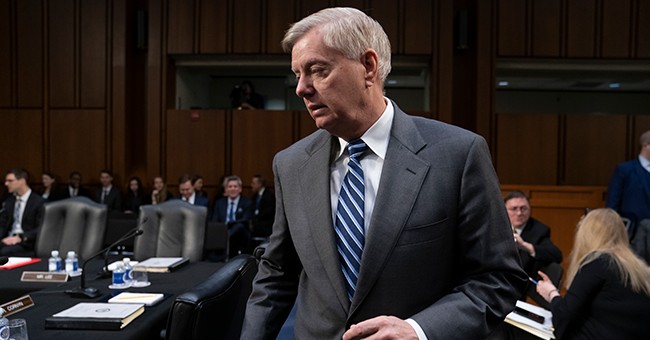 Democrats are teeing up their umpteenth round of impeachment demands against President Trump in the wake of a new whistleblower complaint against him. The problem is, all the supposed whistleblower can offer is a secondhand account.

According to the complaint, President Trump tried to convince Ukrainian President Volodymyr Zelenskyto to dig up some dirt on Vice President Joe Biden. The 2020 Democratic presidential candidate is fielding a controversy over the millions of dollars his son Hunter reportedly received while sitting on the board of a Ukrainian company. Yet, the "whistleblower" had no direct knowledge of Trump's conversation with Zelenskyto.

Media ran with the worst case scenario - that Trump abused his authority. But there are clearly holes in the narrative. Sen. Lindsey Graham (R-FL) urged Trump to be as transparent with this story as possible because it will only help him.

Trump's personal attorney Rudy Giuliani found the same light at the end of the tunnel. This whole whistleblower scandal, will end up causing a bigger headache for Biden, he predicted. If the media does start paying more attention to Biden's scandal, the candidate will "fall apart," Giuliani said.

Both Graham and Giuliani urged a DOJ investigation against the former vice president and Ukraine. It's only fair, Graham reasoned, because the Trumps "have gone through hell" as the target of investigations.

"Again, I admire Joe Biden," Graham said. "I like his family. But the Trumps have gone through hell. Everything they’ve ever said and done regarding Russia has been laid out. And you had, you know, a two-year investigation. So I hope the president will be transparent with a phone call that he made to the newly-elected Ukrainian president. I think he will, and I hope somebody in the Justice Department will look at the Ukrainian matter, not politicians."

You can read the full transcript of Sen. Graham's chat with Hugh Hewitt here.